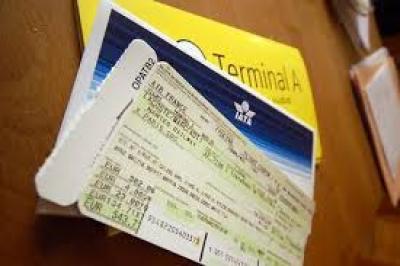 Although Kiwi trade phones have been ringing hot in the wake of the diplomatic brouhaha in the Gulf and London terror attacks, travel from New Zealand is unlikely to be ruffled by the two world events.

The Maldives, Yemen, Libya, Bahrain, Egypt, Saudi Arabia and the United Arab Emirates (UAE) have cut diplomatic ties with Qatar Airways, effectively suspending all Qatari planes to the seven Middle East countries. The crisis came at the time Europe was reeling by a terrorism attack in central London, which took the lives of seven people.

The House of Travel and Flight Centre say a flood of customers have been asking how the events will impact on travel. However, at this stage, it is unlikely to make an impact. Qatar, which entered the Kiwi market in Februay, says its flights to and from Auckland will not be disrupted by the crisis.

Accordingly, House of Travel commercial director Brent Thomas says the company has adopted a wait-and-see attitude ‘It is unknown at this stage how far the situation will go and what it will mean. It is too early to say what impact it will have if any on travellers going to Doha and further into Europe.’

Flight Centre says it is unlikely travellers from New Zealand will be affected by the announcement. It will be business as usual for those flying Qatar Airways to Doha and on to Europe unless they were calling in on one of the seven countries laying down the ban.

It also advises the company will monitor the situation, and its travel experts across the country will be kept informed of updates.

Meanwhile, House of Travel and Flight Centre say they are not aware of cancellations being made following the attack in London. And it appears hardy Kiwi travellers will continue to travel to the UK and Europe during the high season. ‘At this stage bookings are still coming in since this attack as well as the one in Manchester earlier this month,’ says Thomas.

‘If this is not followed up quickly by more acts of terror, we expect bookings to remain in their normal pattern.’

Nonetheless, House of Travel is keeping an eye on the situation, mindful that England is holding its Business as usual for Kiwi trade in spite of turmoil on the international stage snap election tomorrow. He advises travellers to keep an eye on government travel website Safe Travel and to stay vigilant. ‘Kiwis are resilient so I don’t think at this stage it will impact. It seems more an isolated incident and so bookings will continue as normal.’

Flight Centre says it has about 5000 customers in the UK and a couple of thousand are due to travel over the next week.

The UK and Europe is a top destination for our customers at Flight Centre and the last couple of years have seen this consistently increase year on year. This year has so far been no exception and we don’t  anticipate this will change,’ a statement from the company states.

More in this category: « Air New Zealand Australasia’s #1 airline again Auckland Airport's investment in the future »
back to top
Mar 28, 2018