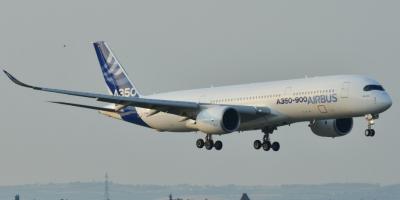 Malaysia Airlines Berhad (MAB) still expects to receive its first Airbus A350 XWB by the end of this year, but is no longer planning to put the widebody on Kuala Lumpur-Auckland routes, the carrier’s CEO said this week.

Talking with ATW on the sidelines of the IATA AGM in Cancun, MAB CEO Peter Bellew said the first A350 was supposed to be delivered in October. But the aircraft has seen some delivery delays because of supply chain issues, particularly with seats and cabin equipment. Bellew joked that he still expected a 2017 delivery, but it would probably be “just as we pop the champagne at midnight on Dec. 31.”

MAB will initially put the A350 on London routes. By the end of April, the plan is to have four aircraft delivered and MAB will make a decision by end of June on new long-haul routes. Auckland was considered, but Emirates Airline and Qatar Airways now both operate to the New Zealand city. “Yields have gone to the dogs, so we are looking at Europe, the Middle East or Asia for the A350,” Bellew said.

Bellew noted that load factors on its London service—currently operated with the Airbus A380—consistently averaged 80% this May versus about 40% for the same month last year.

“We lowered fares a bit, but we also did a sponsorship deal with [English soccer team] Liverpool FC,” he said. “We needed to make an impact on our international brand. Football is very popular in Asia and Liverpool FC is the number one or number two supported team in Asia.”

The sponsorship, which Bellew said was “not as expensive as you’d think,” scrolls current fare prices in Thai, Mandarin and other languages around the soccer field during premium league games. Bellew said the uptake of those fares has been well worth the sponsorship.

More in this category: « Auckland Airport's investment in the future How Qatar Airways can stay in the air »
back to top
Apr 02, 2018