IBM and Stellar Are Launching Blockchain Banking Across Multiple Countries 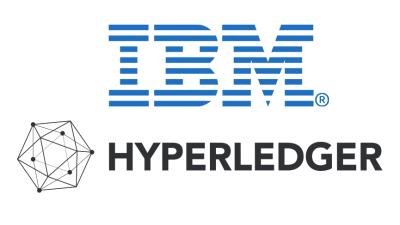 IBM and Stellar Are Launching Blockchain Banking Across Multiple Countries.  The news also comes as an important validation of blockchain technology.  In a breakthrough for payments technology, IBM and a network of banks have begun using digital currency and blockchain software to move money across borders throughout the South Pacific.

The significance of the news, which IBM announced on Monday, is that merchants and consumers will be able to send money to another country in near real-time, accelerating a payments process that typically takes days.

The banking network includes “12 currency corridors” that encompass Australia and New Zealand, as well as smaller countries like Fiji and Tonga. It will reportedly process up to 60 percent of all cross-border payments in the South Pacific’s retail foreign exchange corridors by early next year.

The news also comes as an important validation of blockchain technology, which has long promised enormous efficiencies for the financial sector, but has been slow to move from the concept stage to the real world.

Blockchain, which relies on a disparate network of computers to create an indelible, tamper-proof record of transactions, is most famously associated with the digital currency bitcoin. But it can be used in many other applications such as tracking shipments or, as in this case, to record a series of cross-border transactions.

As an example, IBM said a farmer in Samoa will soon be able to contract with a buyer in Indonesia, and use the blockchain to record everything from the farmer’s collateral to letters of credit to payment.

“This is the next step in the evolution of blockchain technology. It’s live money moving around a network,” Jesse Lund, IBM’s VP of Blockchain, told Fortune.

Digital Currency is KeyThe new blockchain banking process is also notable because the banks will initially rely on a bitcoin-like digital currency, known as Lumens, to facilitate the cross border payments.

Currently, banks arrange such payments by maintaining foreign accounts in a local currency (so-called nostro accounts), and then debiting the accounts as required—a process that is both slow and ties up capital.

Under the new blockchain arrangement, banks will conduct the transactions using Lumens, and then rely on local market makers to convert the Lumens into local fiat currency. The Lumens are created by a non-profit company called Stellar, founded a Jed McCaleb, a well known figure in the payments and crypto-currency world.

Both Stellar and IBM are part of a project called Hyperledger Fabric, which is building open source blockchain tools to support payment infrastructures.

According to Lund, though, the banks use of Stellar’s digital currency is likely to be temporary. He predicts that, in the next year, central banks will begin issuing digital currencies of their own, and that these will become an integral part of blockchain-based money transfers.

The IBM-backed blockchain project comes at a time when other companies are creating efficient new ways to conduct global money transfers. These include BitPesa, which relies on the bitcoin network to replace traditional wire transfers between merchants in Africa, and TransferWise, which provides an inexpensive way for consumers to obtain foreign currencies.