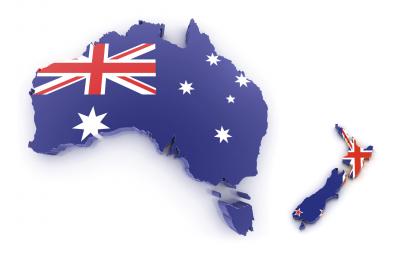 Nov 24, 2017  -  Australia has reiterated the importance of New Zealand to its foreign policy direction in its latest white paper, with particular emphasis on the role it sees New Zealand playing in its economic engagement with Pacific island countries.  In the Australian government's 2017 foreign policy white paper, released this morning, the relationship with New Zealand is described as "our most comprehensive" and the authors say Australia is committed to deepening it further.

Australia sees itself as "delivering a step change in our engagement with Pacific island countries", with an aim for "more ambitious engagement, including helping to integrate Pacific countries into the Australian and New Zealand economies and our security institutions". Its long-term angle is a region-wide free-trade area that includes all major economies.

The partnership with New Zealand will be central to advancing that agenda, the white paper says.

"New Zealand will remain an essential partner in support of the economic growth, stability and security of the region. Australia and New Zealand will align our approaches to the Pacific," the paper says. "Our cooperation has wider regional and global dimensions. We have high levels of police and military interoperability and collaborate on strategic planning, capability development and intelligence. This will continue to be essential to prosecuting shared interests, including in the Pacific."

The paper discusses the Pacific Agreement on Closer Economic Relations (PACER) Plus, an agreement signed in April this year by New Zealand, Australia, Cook Islands, Kiribati, Nauru, Niue, Samoa, Solomon Islands, Tonga, Tuvalu and Vanuatu. It built on existing trade deals and will come into force in mid-2019. As part of PACER Plus, both New Zealand and Australia committed to spending at least 20 percent of official development assistance as "aid for trade" in the Pacific region, to help address supply-side constraints and build Pacific island countries’ capacity to trade.

"Economic integration within the region and with Australia and New Zealand is vital to the economic prospects of the Pacific," the paper says. "Growth is constrained for most countries because of a combination of remoteness from markets, limited land and resource bases, the dispersal of people over many islands and environmental fragility.

"When in force, [PACER PLUS] will lay the ground for stronger trade and investment, increasing business confidence through transparent and enforceable rules. Australia will work to improve opportunities for growth and jobs and to strengthen the economic resilience of the region by increasing opportunities for labour mobility to satisfy unmet demand in our labour market, investing in skills, and helping countries to capture growth potential in sectors such as tourism."

The paper stresses the importance of Australia's relationships with the US and China for its interests in the Pacific, and its drive to forge closer relationships with both, even as the two super powers jostle for dominance in the Pacific region. New Zealand is still Australia's biggest tourism market, with 1.4 million Kiwis visiting the country in the latest year, but China was close behind at 1.3 million and had a growth rate of 10 percent compared to New Zealand's 2 percent.

Australia's alliance with the US is central to its approach in the region, and it will broaden and deepen its cooperation with that country, but the government is "committed to strong and constructive ties with China" and wants to strengthen its partnership there as well.

"To support a balance in the Indo–Pacific favourable to our interests and promote an open, inclusive and rules-based region, Australia will also work more closely with the region’s major democracies, bilaterally and in small groupings. In addition to the United States, our relations with Japan, Indonesia, India and the Republic of Korea are central to this agenda," it said.