Exporters urged to front up to Govt with overseas trade problems 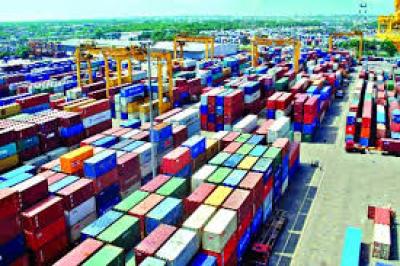 Dec 11, 2017  -   New Zealand exporters need to maintain a dialogue with Government about issues encountered in overseas markets at a time when New Zealand is looking to expand, and possibly reshape, its trade law framework, says Daniel Kalderimis, partner and head of Chapman Tripp’s International Law practice.

"International trade policy is entering choppy waters, and the rise of China, the Trump Administration’s America First philosophy and Brexit will all bear directly on New Zealand in ways that are difficult to predict.

"Although the prognosis looks good post the APEC Summit for the Comprehensive and Progressive Trans-Pacific Partnership (CPTPP), there will be continuing uncertainty until the agreement is signed.

"If CPTPP comes into force, export businesses should engage in medium to long-term planning to ensure the smooth operation of global supply chains," Kalderimis said.

So far, we have not seen a retreat from globalisation and liberalised trade that we feared when President Trump was elected, he said.

But there are changes in the wind.

"There is an emerging view that free trade agreements (FTAs) need to address global issues such as climate change and rising inequality and there may be a trend away from investor-state (as opposed to state-state) dispute settlement clauses, which allow corporates to sue governments."

Governments will always do things to support their own constituents, and sometimes that may mean protectionist or complicated rules that increase expense for exporters, said Tracey Epps, trade law consultant at Chapman Tripp and former senior advisor in the Ministry of Foreign Affairs (MFAT) Trade Law Unit.

"But systems are in place that allow the government to address those kinds of actions, as evidenced by New Zealand’s successful claim in the World Trade Organisation (WTO) against Indonesia earlier this year.

"There are benefits to businesses engaging early and well to bring sticking points to the attention of relevant officials."

The WTO system is extremely valuable for New Zealand, and as a small country we rely heavily on a rules-based system, she said.

"A real concern at present is that the WTO’s dispute settlement system is under threat from US actions in blocking the appointment of members to the Appellate Body."

Also valuable is New Zealand’s growing network of FTAs, she said. "New Zealand negotiators will have their work cut out for them in Geneva to ensure continued agricultural market access on favourable terms to the United Kingdom and the EU27 following Brexit."

The lawyers were commenting on the release of Chapman Tripp’s publication, International trade law - trends and insights.