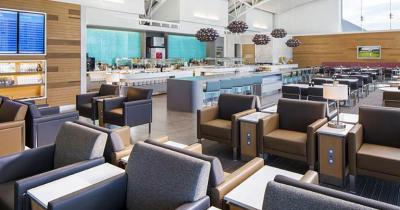 American Airlines’ premium passengers can now enjoy a restaurant-style meal before boarding their flights at LAX. The newly renovated Flagship Lounge also offers high-quality food and drink, and a space to unwind while waiting to depart.

“As our West Coast gateway to the Asia-Pacific region, Los Angeles is where many of our customers begin long flights either internationally or across the US,” said Suzanne Boda, American Airlines’ Senior Vice President – Los Angeles. “We are proud to offer best-in-class lounge and dining options at the start of their journey.”

Sean Burton, President of the Los Angeles World Airports (LAWA) Board of Commissioners, added: “Building a world-class airport requires strong airline partners like American Airlines, and we are thrilled by the investment they are making at LAX. Reimagining and modernising our airport is just as much about creating exceptional amenities as it is about new construction, and the American Airlines Flagship Lounge is an example of the first-class facilities that travellers can expect from LAX.”

More in this category: « Sausage smuggler sent packing An app can now tell you how long security waits are at some US airports »
back to top
Mar 23, 2018