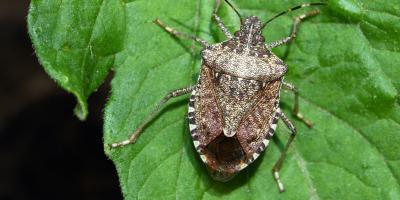 Feb 20, 2018  -  The Ministry for Primary Industries has introduced new measures to reduce the risk of brown marmorated stink bugs arriving in vehicles and machinery from Japan.  The changes will require all used vehicles (cars and trucks) to undergo inspection and cleaning at an MPI-approved facility in Japan prior to export.

In addition, any used machinery or other types of used vehicles from Japan will require certification proving it has undergone cleaning by an appropriate provider, says Paul Hallett, MPI Biosecurity and Environment Manager.“Nearly 95 percent of used vehicles from Japan already go through approved facilities that are designed to eliminate the risk of biosecurity threats like seeds and hitchhiking organisms such as Asian gypsy moth. The requirement will now be compulsory for all imports.““The changes will significantly reduce the chance of transporting dirty vehicles and machinery that could contaminate other cargo.“The move is the result of an unprecedented spike in the number of stink bugs arriving at the border from Japan in bulk carriers.”MPI has already increased the level of inspection of arriving carriers and their cargo, including the use of fogging with insecticide to flush out any insects out of confined spaces.It has directed three bulk carriers to leave New Zealand this month due to excessive contamination.MPI will work with industry to develop longer term options for reducing the biosecurity risk, says Mr Hallett.“We are all keen to work together to consider solutions that avoid the need to turn vessels around at the border. “This could include treatment prior to entering New Zealand waters or finding ways of fumigating the vessels here if any detections are made.“A proposed treatment programme will be trialled on one of the affected ships this week. The vessel will have to pass rigorous biosecurity checks for MPI to allow the release of its cargo. “There is agreement from all parties that New Zealand’s biosecurity cannot be compromised.”