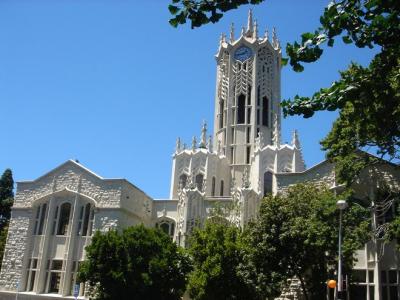 “Entering the 60th year of diplomatic relations, the New Zealand Government views Indonesia as a parallel partner with other countries in line with Indonesia’s growing economy,” said New Zealand Ambassador Trevor Matheson for Indonesia at the time of Pre Departure Briefing for participants (5/3) in Jakarta.

He said the renewable energy in energy mix in New Zealand is now at 80%, and is targeted in 2025 to be 100%. Therefore, Matheson hopes this program can be used as a place to share experiences with the Indonesian nation.

This program is the second year of implementation where previously 24 participants from Indonesia participated in Geothermal Project Management activities in 2017, at the expense of short term training term scholarships from the Government of New Zealand.

This year, 23 participants were selected to attend the training program, with details of 3 people from the Ministry of Energy and Mineral Resources, 1 from Bappenas, 2 from the University and 18 from Geothermal Business Sector: PT. Geodipa, PT. Pertamina Geothermal Energy, Star Energy, and Supreme Energy.

History of geothermal energy development in Indonesia can not be separated from geothermal development in New Zealand. Beginning in 1972 where Geothermal Energy ltd (GENZL) cooperated with Pertamina to develop a geothermal field in Kamojang. Approximately 42 years later, in 2018 Indonesia will become the second largest country after the United States as a geothermal power producer with a total capacity of about 2,023.5 MW after the operation of PLTP Sibuai-buai (sarula Unit 3, 110 MW), PLTP Lumut Balai (55 MW), PLTP Sorik Marapi Modular (20 MW), Sokoria Unit 1 (5 MW) and Lahendong Binary (5 MW).

To continue developing the geothermal industry in Indonesia, in addition to the required investment climate and technological mastery, which is not less important is the readiness of human resources. Through this training program, participants are expected to understand how to manage geothermal projects, from geoscience to project finance.