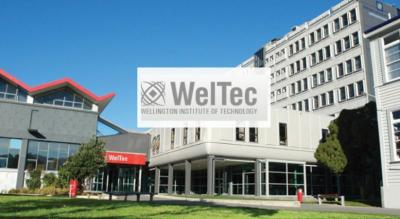 As you arrive at the international airport in the city of Wellington, New Zealand, visitors are greeted with a 14-foot-long animatronic dragon’s head, Smaug, from The Hobbit trilogy. It’s no secret that the global movie industry has provided significant economic growth in this compact city, but in turn, this has had the unintended consequences of creating a thriving tech and media cluster writes  Adam Bennett Trade Commissioner for New Zealand Trade & Enterprise, West Coast, USA.

In fact, nearly two-thirds of New Zealand’s screen production revenue is created in Wellington, equating to around $2 billion generated by the city’s film industry in 2016. The local industry’s backbone is the Peter Jackson-founded effects giant Weta Workshop, established in 1987. Along with sister studio Weta Digital, it has brought Tolkien’s world to life across the Lord of the Rings (LOTR) and The Hobbit film trilogies, and is responsible for the effects in a host of other movies including King Kong, Mad Max: Fury Road, The Jungle Book and the Steven Spielberg-helmed The BFG.

On-set tech finds its way into other unrelated industries

While film put Wellington on the world map, what’s remarkable is how technology created ‘on-set’ has spurred innovation in a number of unrelated industries, such as banking and fishing. For example, Dr. Mark Sagar, who created facial motion technology for King Kong, has now founded Soul Machines, which produces artificial intelligence-powered avatars that are designed to emotionally engage with customers during bank transactions. Driven by a need to produce light-weight and plentiful chainmail on the LOTR set for battle scenes, Kayne Horsham, artistic director for the film, created Kaynemaile, a lightweight and flexible mesh that can be used in fish farming to protect stock from predators.

From humble roots in Wellington, Kiwi entrepreneurs have also gone on to disrupt the global entertainment industry based on their experience at Weta. For example, Weta has incubated many talents, including Sean Snyders, the visual-effects leader who created Kiné6. His hardware adapts motion-capture technology to give cinematographers the ability to autofocus on actors wearing a tracked device — something previously only achieved through multiple takes. This comes with huge cost and time advantages for filmmakers.

Tech startup 8i is also home to several Weta Digital alumni, alongside colleagues from Google, YouTube and Pixar. The company was founded in Wellington by Linc Gasking and Eugene d’Eon in 2014 and has since expanded to Los Angeles. It brings a human experience to emergent virtual and augmented reality worlds using proprietary software that transforms regular video of actors into photorealistic, volumetric holograms that interact with viewers in VR/AR or on the web.

Outside the tech heavy world of filmmaking, New Zealand companies are also taking on the big names of the global entertainment industry.

Over the last few years, Movio has grown from a garage enterprise to seeing its audience-analysis technology adopted by more than half the screens on the North American large cinema circuit. Its parent company, Vista Group, develops management, distribution and customer analytics software used throughout the global film industry, so Movio is already represented in North America, Europe, China and Australia.

Parrot Analytics is also bringing together audiences and content creators by measuring demand for TV content. Already used by Dreamworks, Sony, BBC Worldwide, its algorithms crunch audience data from everywhere: traditional viewing, online subscription services (like Netflix), peer-to-peer networks, social media and viewer-generated ratings like Rotten Tomatoes to create metrics that show how popular a show is, in any market, on any platform.

What can be learned from Wellington’s experience?

Based on Wellington’s experience, there are a few takeaways for cities looking to create a dynamic tech cluster; one that supports their entrepreneurs to scale technology in new industries and succeed on a global scale.

Prioritize entrepreneurship: All levels of government must create policies and programs that prioritize entrepreneurship. Support the founders to take risks, rather than just the business they are running today. Wellington for one, has benefited from New Zealand government policies that have seen the country rank number one globally in ‘ease of doing business,’ according to the World Bank’s annual Doing Business report. As Stefan Korn, CEO of Wellington’s startup incubator Creative HQ, noted in this article, “If you look at government support and government intervention and the outcome, we’re generating roughly 15 times the amount of investment that the government has invested.” A community of founders, like Wellington’s Kiss My SaaS group, grows the ecosystem that generates big value for the locality.

It’s not all about the work: Does your city offer affordable housing schemes to help offset entrepreneurs’ risk of starting a business? If so, that’s a huge selling point to attract start-ups of all types to your region. In this article, the Wellington Regional Economic Development Agency promotes the city as a place where it is “20 percent easier to launch a tech startup, expand a business or seek innovative investment opportunities. With lower overheads, cost of living and resourcing costs, Wellington is considered to be 20 percent more affordable compared to other global cities.”

Top talent is increasingly mobile: Wellington recently gained huge international exposure with its program to attract 100 top tech minds to live and work in New Zealand as part of its LookSee Wellington project. By making it easy for the key talent your founders need to come to your location, you immediately increase their growth prospects.

Create a ‘petri dish’ of talent and creativity: Rod Drury, CEO and founder of Xero, one of New Zealand’s largest tech companies, says that Wellington “smashes everyone together in a small area, creating a petri dish of talent and creativity.” While Wellington’s small size facilitates the cross-pollination of ideas in the business community, larger cities can still replicate the process with concerted effort. For example, we’ve seen in the U.S. a series of “Tech Weeks” that are orchestrated by cities to champion local innovation efforts. Or play matchmaker by connecting your entrepreneurs to other industries. As detailed in this post, it’s something the New Zealand agricultural industry has excelled in as startups look for an edge with competing in global markets. For example, Waikato Milking Systems collaborated with our sailing industry to design a rotary milking system using America’s Cup technology.

More in this category: « Kiwi execs predict growing gig economy Rod Oram: So what happens if we fail? »
back to top
May 23, 2018