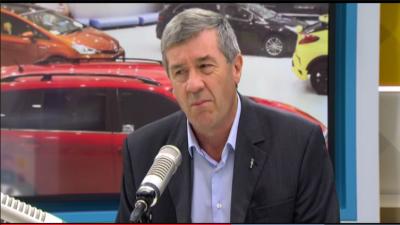 Appearing on The AM Show on Thursday, Toyota New Zealand CEO Alistair Davis says the prices of some of New Zealand's most popular cars are set to tumble.

Toyota Corollas will be several thousand dollars cheaper than they were before. You could also save "in the order of $10,000 off a retail price off of a Hilux".

Mr Davis says Toyota is "changing the whole business model". Instead of having car-yards full of new cars, these will be kept at regional hubs.

Customers can go to a local Toyota store for a test-drive, then go online and configure what they want. This will then be shipped out to the local store.

"Toyota New Zealand will be the people selling the cars, so the stores will be there really for facilitating the sale," he told host Duncan Garner.

"The big savings come from consolidating all our stock into just three locations."

These savings will be passed onto customers, who won't be forced to haggle for a great price.

"You can save yourself time as well as money," Mr Davis says.

He says there won't be any job loses either, as people will be retrained.  View the video here

More in this category: « New mobile barrier to keep workers and drivers safe on Auckland motorways TRT teams up with Hiab to upgrade Isuzu truck »
back to top
Apr 04, 2018