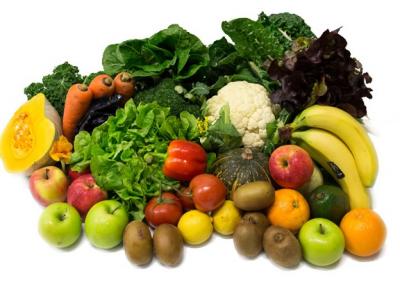 The escalating trade spat between the US and China is threatening to upset perishables flows into the Middle Kingdom and shift trade routes as Chinese importers look for alternative sources of fruits and meat.  Perishables figure prominently in the list of US origin goods on which China is set to impose 25% tariffs. Beijing’s response to the first salvo from the Trump administration targeted a number of goods, including pork, fruit and wine from the US.

The second round in the confrontation – which both sides insist is not a trade war – broadens the list significantly, adding 106 goods to the tally, including soy beans, some types of beef, cars and orange juice – making up some $50bn of US exports to China last year.

In terms of value, the US ranked third among fruit exporters to China last year, shipping $7.7bn worth of produce. This marked a 33% increase over the value of US fruit exports to China in 2016.

The higher tariffs will have a huge impact on perishables flows into China, reckons Colin Wells, global head specialty vertical perishables at Panalpina.

In November, Chinese internet giant JD.com committed to $1.3bn-worth of meat imports from the US over three years. This followed the lifting of a ban on US beef imports that had been in place for 13 years. China is also a huge market for US soy bean producers. Nearly one-third of last year’s US crop – 56,693 teu – was shipped to China.

Mr Wells thinks US cherries and other stone fruit will be prominent victims of the tariff. Apples from Washington state may also be hit, he added.

A number of producer countries stand to gain from the trade conflict, however. In Asia, Vietnam and Thailand should benefit, Mr Wells said. These two ranked first and fourth among China’s fruit suppliers last year, with exports worth $12bn and $7bn respectively.

A number of countries further afield will also raise their volume of fruit exports to China, Mr Wells predicted. One strong contender is South Africa, he said, where growers have been looking to diversify into other markets beyond their traditional focus on Europe.

Other African countries are also poised for larger exports to China, noted Conrad Archer, regional head perishables, MEAC region at Panalpina. “A lot is picking up, for example strawberries from Egypt,” he said.

Last year South Africa’s fruit exports to China surged 50.5% in dollar value, while Australia’s volume going to China climbed 49.8%. These numbers indicate that these countries were already bent on boosting their flows to China. As such, the row with the US will reinforce an existing trend rather than introduce drastic shifts to new origins, Mr Wells said, but added that Chinese importers have been actively exploring new markets, such as Morocco.

In response to the unfolding trade conflict with Washington perishables importers in China wasted no time to look for alternative sources of perishables.

“We are getting more enquiries,” reported Mr Wells.

One area that has shown a marked increase in interest is South America. Again, this is not a new market for Chinese importers. Chile ($10.3bn-worth of fruit), Peru ($2.2bn) and Ecuador ($1bn) were among the top ten origin countries for Chinese fruit imports in 2017.

At this point it is unclear how shifting sourcing patterns in response to the tariffs on US fruit and meat will play out in terms of capacity needs.

“Capacity is always a challenge,” said Mr Wells, with regard to air cargo. He expects some freighter operators will adjust their routes to accommodate larger volumes in some tradelanes.

If Chinese importers have decided to buy large quantities from certain markets, they are usually willing to make the necessary lift arrangements, as they did with cherry imports from Latin America last year, he said.

Ocean carriers will probably also see a considerable upswing. In markets like Africa, which are characterised by a pronounced imbalance in flows, this should bring a welcome correction, added Mr Archer.