Tech will have profound impact on NZ agriculture 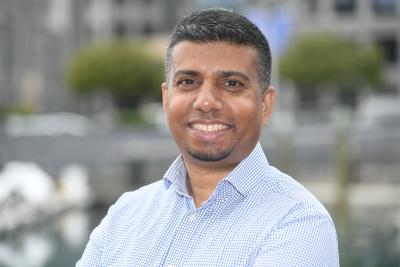 Alliance executive director Kriv Naicker says a major study into the potential benefits of IoT last year found that better use of IoT across agriculture could provide more than $570 million for the economy.“In an earlier study by the Sapere research group found that if New Zealand firms made better use of the internet it could have a major impact on GDP, potentially lifting it by $34 billion,” Naicker says.“The government has been working with industry to develop pilot studies to establish which technologies can have the best impact on different sectors.“According to the World Bank, while New Zealand’s agricultural productivity has markedly slowed in recent years from 3.2 percent annually in 1991-2000 to 2.3 percent in the decade of 2002 to 2011.”The NZ IoT Alliance, in collaboration with the Ministry of Business, Innovation and Employment (MBIE), with support from the Ministry of Primary Industries and the Ministry for the Environment is seeking information for a New Zealand arable farming IoT demonstration pilot project.The arable farming IoT pilot is part of a wider project being undertaken by MBIE across the tourism, construction and arable farming sectors.Naicker says the pilot project, to be carried out in Canterbury, will be studied by an independent research group for the agri sector to ensure the actual benefits are identified for New Zealand.“Ultimately the pilot will bring together all vendors of technology to design solutions that work for farmers. The downstream effect should be better working relationships across industry, new and novel IoT solutions built with and for farmers that make a proven positive impact.”The pilot will be undertaken on a site administered by the Foundation for Arable Research (FAR) https://www.far.org.nz.While farmers are starting to use technology, including IoT, to increase productivity and reduce costs in the face of increased competition and compliance requirements, the uptake of IoT in agriculture is relatively low across the sector as a whole.“There is no dispute that using IoT systems to augment the intuition of the farmer will have a huge impact in terms of improving productivity on the farm and improving its environmental and sustainability performance. There is the ability to grow more while using less in a way that the community will find more acceptable.“For fruit and wine growers, frost conditions can decimate acres of fruit blossom in a single cold night. To mitigate the risk of loss, IoT solutions can predict and manage frost conditions.“Farmers and growers are value purchasers. Cost is less of an issue if the value is obvious. For example, a farmer might struggle to see the value in a $20 a month phone upgrade, but have no qualms buying a $130,000 tractor.“Farmers seek decision support for farming and automation for compliance. As technology makes its way onto the fields in the future, more farm management will be done from a desk or device instead of in the field,” Naicker says.

More in this category: « Sigfox Network in New Zealand Now Complete Cisco and SAS build Internet of Things research lab in Sydney »
back to top
Sep 20, 2018