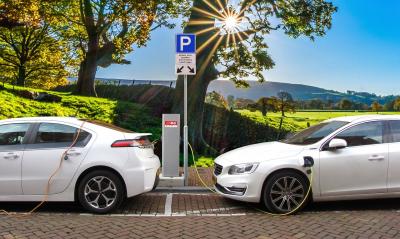 Whangarei, winner of the most electric vehicle friendly-town in New Zealand award, has a big advantage over other regions.

Northland is well connected and the city’s electric vehicle spokesman, Joseph Camuso, says the big advantage Whangarei has is in knowing all the engineers from the four districts and they can act very quickly to install electric vehicle charging infrastructure and make things happen. “For example, the very first charger was installed in 11 days from no to go. That’s how fast we can move,” Camuso says.“Northland's electric car users now have 13 charging stations to get around the north. They are installed in towns such as Kaiwaka, Matakohe, Ruakaka, Marsden Pt, Dargaville, Whangarei south, Whangarei central, Whangarei north, Tutukaka, Kawakawa, Kerikeri, Kaikohe and Kaitaia. Cooper’s Beach, Pukenui and Waitiki Landing, are under construction and should be completed within a month making it possible to drive to Cape Reinga. “Whangarei is well-served with charging stations and is open for EV visitors. We boast one of the country's highest ownership rate of electric vehicles (EVs), according to Transport Ministry data.“Plans are in place to have charging stations about 50km apart to cater for more affordable types of electric vehicles, rather than top-end Teslas.“Medium-speed chargers are being installed because they are a lot cheaper than high-speed versions but could still charge a Nissan Leaf in about half an hour and can be easily relocated as demand grows. “The new stations make it possible to drive to Cape Reinga even in a low-range EV and have enough charge left for side trips.“Whangarei drives an organisation called Rev-Up, short for the Regional Electric Vehicle Utility Project, which is a group of Northland EV enthusiasts.“This includes the Northland Regional Council, the Far North District Council, Whangarei District Council and Kaipara District Council along with the power companies Northpower and Top Energy. Camuso, a Northland Regional Council manager, says Whangarei held the NZ record for the most EVs (62) parked in one place. Christchurch and Auckland previously held the record.Whangarei has just won the EVworld NZ Champions Award at a gala event in Auckland.Two years ago, the government announced measures to increase the number of electric vehicles in New Zealand, with as a goal of reaching about 64,000 electric vehicles on the roads by the end of 2021.The 2018 winners of the EVworld NZ Champions Awards:

More in this category: « Reminder of three day, daytime closure of the highway north of Kaikōura Brake publishes vital guidance on monitoring driver mental attitudes »
back to top
Jul 25, 2018