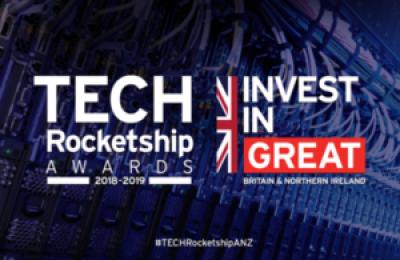 The Tech Rocketship Awards are open to established Australian and New Zealand scale-ups who offer innovative, technology-led solutions across a wide spectrum of industries and are ready to internationalise.

The awards will help 8 winners gain exposure, expand their global networks and expedite the set-up of their UK operations through a paid-for, curated trip to the UK in early 2019.

So far, over 40 companies have participated in the UK’s Tech Rocketship programme, but this is the first time the awards have been open to Australian and New Zealand businesses. The programme is supported by partners, the Australian British Chamber of Commerce and Grant Thornton.

The Tech Rocketship Award categories in Australasia are:

Find out more about the awards