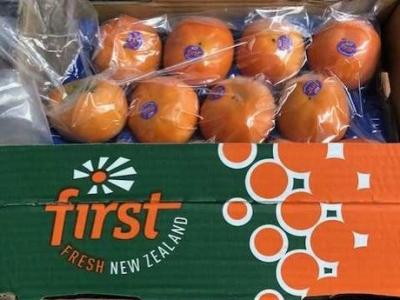 The persimmon season has just started in the United States, with harvest of the early season varieties underway.

In the meantime, so-called 'Chocolate' Fuyu is now available alongside the New Zealand Fuyu. "Our persimmons have been available since September 7," said Cole Firman of Coosemans LA. "New Zealand Fuyu is already here to fill a small gap between California seasons. Currently, there are only Chocolate persimmons available out of California, so New Zealand took a chance to send their Fuyu variety. We just received word that California Fuyu will possibly arrive from next week."

More in this category: « UMS appointed by New Zealand Avocado to expand presence in China First batch of New Zealand avocados hits the Chinese market »
back to top
May 01, 2018