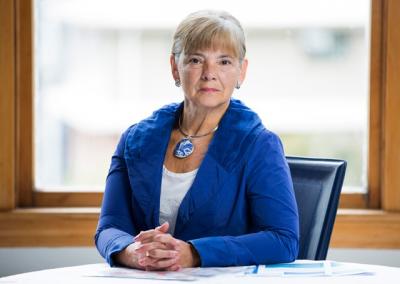 Business confidence buoyed by news that the Government is in discussion with the European Union over a new free trade agreement.

The Coalition Government has also taken steps to progress the Comprehensive and Progressive Trans Pacific Partnership (CPTPP) and to refresh the China Free Trade Agreement (CFTA). Business leaders believe that these agreements are beneficial to their growth.

The Government is promoting negotiations to progress these agreements on the basis of the potential positive impact in terms of jobs and prosperity for New Zealanders.

Given our small population, new markets for growing exports are a factor that can generate better living standards. Despite being regarded as a trading nation, New Zealand exports are below 30% of GDP. These are amongst the lower levels for developed countries. Deeper penetration into export markets across a wide range of businesses is required to achieve better living standards.

For all New Zealanders to benefit from free-trade agreements, it is time that these agreements are transparent. Trade agreements need to lower the barriers of trade, not just for big business but also small and medium-size businesses. SME’s account for over 92% of New Zealand enterprises, yet it is large and influential businesses and trade groups traditionally represented in trade negotiations. Greater engagement throughout the economy can only happen through greater transparency in trade negotiations.

Genuinely progressive and inclusive agreements have potential to bring benefits to exporters and consumers alike, while maintaining product standards that Kiwis care about. They multiply the opportunities to trade into overseas export markets and to reduce our cost of living through cheaper imports. These factors in combination support an environment for growing high-quality, high-wage local jobs and enable out local businesses, small, medium and large to grow.

New Zealand’s free trade agreement with China has resulted in a significant increase in value and volume of exports to China. New Zealand’s exports to China, five years before the 2008 Free Trade Agreement came into effect, were worth $1.4 billion. Today, annual exports to China are $26 billion after ten years of exponential trade growth. A question is whether these exports have generated high-quality and high-wage jobs given that a large proportion of these exports are raw materials such as pine logs with limited added value.

The EU has estimated that a free trade agreement with them could result in up to a $2 billion boost to New Zealand’s GDP, and up to a 20 per cent increase in New Zealand exports to Europe.

New Zealand is known for its exports of agricultural products to the EU. In fact, services sector trade to the EU made up 41 per cent of New Zealand’s total exports in 2017. Services such as the education and training, financial and insurance services, and, engineering and architectural consultancies are significant export enterprises that also add value and generate quality jobs.

For Free Trade Agreements (FTAs) to offer additional significant new opportunities for both sides to expand, it is time now to stop the misleading rhetoric about the past agreements being “free, transparent, open and accountable”.

In 2015, the EU Ombudsman delivered a decision about EU FTAs. The point she made is that in a globally-networked world, citizens simply won’t put up with the secrecy that has been a feature of FTAs to date.

With transparency, it is possible to consider a full range of trade options so that businesses of any size or sector can meet the economic challenges of the decades ahead.

Everyday Kiwis need to see tangible benefits from trade agreements: Where are the lower costs for consumers? Where are the jobs? Transparency is a way of shedding light on the factors that lead to products like food and other consumer goods becoming available at lower cost while maintaining quality.

In the absence of transparency, how do businesses and consumers know if there is a level playing field through reductions in tariffs, duties and other trade barriers?

Since the UK joined the European Economic Community 40 years ago, trade agreements have been negotiated behind the scenes by government experts heavily influenced by special interests.

For trade agreements to realize their potential in increasing returns to trade, they need to be open, transparent and comprehensive. New Zealand can pave the way through a better, more open conversation when negotiating trade agreements.

To negotiate a transparent FTA with the EU would be an outstanding achievement. Its primary objective should be for all New Zealanders to see and understand the provisions of the agreement, and through this, identify ways to benefit from it. At the start, New Zealand can insist on rules of engagement that are open, transparent and designed to engage businesses to participate in shaping the agreement.

As Trade Minister David Parker says of the EU FTA: “We share so many values in pursuit of a better world. Human rights, environmentalism, multilateralism and trade. This will be good for us all.”

There will be an even better chance that we all benefit if other shared values underpinning the trade agreement, include transparency, accountability and inclusivity.

More in this category: « Supply pressure building in major world beef markets Brexit should be good for NZ as we head the trade deal queue, says High Commissioner »
back to top
May 16, 2018