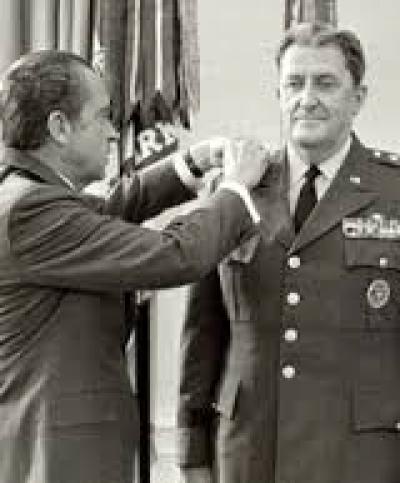 The old established order, the one founded in traditionally-accepted geopolitical foreign policies began to dissolve at the same time as New Zealand took its seat as a temporary member for the first time of the United Nations Security Council.

The old order was based on policies that would continue and in the United States especially would do so on a dynastic basis. In the other two western alliance members of the permanent Security Council, United Kingdom and France this too was the order of the day.

For New Zealand its willingness to follow the great power party line now that it was a guest at High Table seemed a natural thing to do.

In this special holiday-read article we now examine events of 30 years ago that in so many ways echo delayed action events in the Security Council now and especially so in regard to the way in which New Zealand’s willingness to follow Senior School policies can leave it hanging out to dry.......................

The peak of New Zealand’s world stage role in more recent times and in a sensational sense occurred in 1985 in two incidents in two vastly separated locations.

The first of these dual episodes was Prime Minister David Lange’s appearance in March 1 at the Oxford Union debate on nuclear weapons.

The second came a few months later in Auckland with the blowing up of Greenpeace’s Rainbow Warrior. This then became compounded with the capture of the two French agents responsible for the harbour sabotage.

The very public and compounding challenge to France, a permanent member of the Security Council, one of the five great powers that won World War 2, engendered a crusading atmosphere among the New Zealand political class.

This compounded with the national craving centred on punching above “our” weight engendered such a shared feeling of empowerment that David Lange’s Labour government carried through its sweeping globalist policies that now placed New Zealand in the very front rank of economic deregulation.

Now though and at the height of international acclaim trouble manifested itself in Oceania in the form of Lieutenant General Vernon Walters (pictured with President Nixon) in Fiji on “holiday.”

General Walters at this time, 1987, was United States ambassador to United Nations.

Prior to that he had served as deputy director of the CIA.

Two military coups in succession soon followed this soldierly vacation dalliance with the result that Fiji became a republic.

That same year 1987 General Walters was inducted into the US Military Intelligence Hall of Fame.

Sabre rattling followed with the result that military intervention from New Zealand now seemed possible if not likely.

In the event, the intervention came via Australia which now instructed New Zealand not to intervene.

Another problem was that the burden of this message was delivered on a personal basis with Australian foreign office officials making high profile visits to New Zealand.

At this time the Cold War was still in progress.

These were deemed to be unreliable through the activities of deep penetration agents known to have been active in the 1960s if not the 1970s, and therefore likely to have left legacies well into the 1980s.

After the world stage nuclear moral triumphs the Australian intervention over Fiji was a comedown.

Many believe now that New Zealand amplified this by its continuing coolness if not hostility and indeed, utter inability to accept the new republican regime in Fiji .

This regime in the event soon found firm friends in the form of Russia and China. These countries are the other two permanent members of the United Nations Security Council

It was now though that there was born the concept of New Zealand taking a seat on the United Nations Security Council, as one of the numerous temporary members.

As the years slipped by this became a determined goal and eventually a realisable one.

Australia had been a temporary-tier member of the Security Council on numerous occasions.

Luck now played its part as New Zealand’s debut began to take solid form. Russia’s annexation of Crimea and the resulting trade sanctions of which New Zealand was and remains very much part of occurred too late in the piece to interfere in the membership process.

The China – New Zealand Free Trade Agreement was a roaring success, so no veto from there.

Britain was a natural supporter.

The United States was appreciative of New Zealand’s help with its Trans Pacific Partnership Agreement.

France the other permanent Security Council member had long since buried the hatchet with New Zealand and indeed had taken over Britain’s imperial investment role in things like utilities, construction materials, electronics, financial services, urban transport and via Pernod Ricard, wine.

The permanent members, the great powers, were thus in 2014 in alignment and so New Zealand’s second tier membership went ahead..

Now and given the lead time between membership approval and admission there has taken place amid the three western power permanent members a paradigm shift akin to a reformation, and which can substantially be traced to the breakup of the state system in the Middle East.

The first indication of this shift was Britain’s announced departure from the EU and the ensuing resignation of Prime Minister David Cameron.

The second was the election of Donald Trump as President of the United States.

The third western permanent member of the Security Council to undergo this shift became France.

President Francois Hollande now announced that he would not be offering himself for re-election in 2017.

As they start packing their bags for the return home the New Zealand delegation to the second tier, the impermanent one, of United Nations, and with the standing ovation accorded to their sponsored resolution, the one on Israel, still ringing in their ears, one or two veterans may cast their minds back, well, 30 years.

They will remember that time in Fiji when the United States seemed to be so present, yet so removed when the Fiji coups took place.

They will remember too just how stern and unfriendly the Australians suddenly became.

More reading:  The End of the Politically Correct—November 24 2016

More in this category: « Hong Kong should seize the day if Trump opts out of TPP: China Daily (Asia) Columnist Paris Newspaper Bans Polls, Soundings, from General Election Coverage »
back to top
Oct 11, 2018