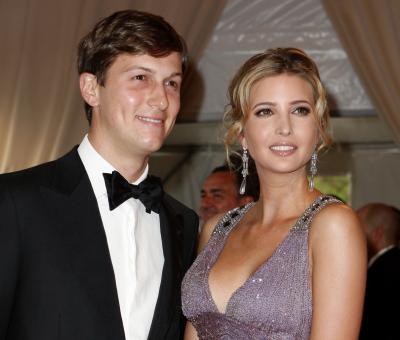 Kushner's lawyers skirted an anti-nepotism law, after it came out he's doing business with a foreign firm.

Ignoring federal nepotism rules, Jared Kushner — Donald Trump’s son-in-law — has been named a senior adviser to the president in the upcoming administration. Kushner had reportedly met with lawyers to devise a plan to circumvent a law that prohibits public officials from hiring family members, including son-in-laws, to an office over which that official has authority.

Shortly after the election, President-elect Trump hinted that Kushner was being groomed for an important role, saying that his son-in-law was so talented that he could help “do peace in the Middle East.” The president-elect reportedly requested that Kushner receive top secret clearance to join him for his daily briefings.

Kushner hired the law firm WilmerHale for counsel on how to comply with ethics legislation if he were to be appointed to a White House position.

The chief executive of a real estate empire that owns property around the globe, Kushner undoubtedly needs to brush up on ethical governing. Kushner has conferred with foreign leaders during the transition, reportedly representing his Kushner Companies. Kushner had dinner with Wu Xiaohui, the chairman of a powerful Chinese company, Anbang — which has close ties to the government of the People’s Republic of China — to discuss the redevelopment of 666 Fifth Avenue, one of the Kushner Companies’ flagship properties. The New York Times reported that these discussions started around the time that Trump won the Republican nomination.

US proposes tariffs on 1,300 Chinese goods