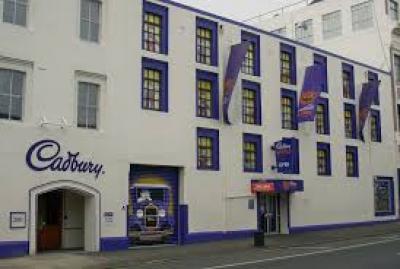 Mondelez International, the US company that returned US$1.1 billion to shareholders last year, is to close its Cadbury factory at the end of 2018, moving production to Australia and eliminating 350 jobs to cut costs.

The decision will end more than 80 years of production in Dunedin, where the Cadbury factory is a popular tourist attraction and can send the aroma of chocolate wafting over nearby suburbs. The first redundancies would be made before the end of this year, with about 100 people kept on in the business until early 2018, it said.

Mondelez vice president for Australia, New Zealand and Japan Amanda Banfield said the company was "focused on becoming globally cost-competitive through increased production and investment in larger sites while reducing costs, which allows us to fuel the growth in our brands".

She said the factory's distance from its main market of Australia, "low volume and complex product portfolio, make it an expensive place to manufacture our products". The Dunedin factory exports 70 percent of production, mainly to Australia.

Cadbury has lost supermarket shelf space in New Zealand to local brands including J.H. Whittaker & Sons, the nation's second-largest chocolate brand behind Cadbury. It has also battled to retain consumer loyalty after missteps including replacing some of the cocoa butter in its bars with palm oil, a move it reversed after complaints about the taste and the source of the oil.

Nasdaq-listed Mondelez reported global sales US$25.9 billion in 2016, a year in which it returned US$800 million to shareholders by repurchasing stock and paid about US$300 million in cash dividends. It has forecast organic net revenue growth of 1 percent for 2017 after a 0.6 percent gain in 2016. Net earnings last year fell 77 percent to US$1.66 billion.

Mondelez shares last traded at US$45.37 and have gained about 16 percent in the past 12 months.

The company said it was considering making an investment in 'Cadbury World' in Dunedin and about the future use of the factory site. A final decision on a proposed redevelopment would be made by April, it said in a statement.

Green Party co-leader Metiria Turei, a Dunedin resident, sought to make election-year capital out of the announcement, saying the Cadbury factory "has survived major economic ups and downs for more than a hundred years, but it hasn’t been able to survive a National government’s inaction on manufacturing".

“If elected to government in September, we will establish a Minister for Manufacturing in Cabinet, to better represent the interests of manufacturers and ensure they thrive," she said, calling the closure "a tragedy for Dunedin".

More in this category: « Argenta is expanding into the EU Another big build for Tetra Pak »
back to top
Mar 08, 2018