Another big build for Tetra Pak 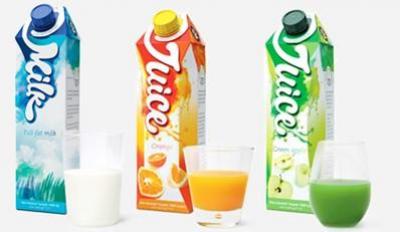 SINGAPORE -- European food-processing and packaging company Tetra Pak announced it will invest 24 million euros ($25 million) to build a plant to produce caps and lids for beverage products in Thailand. The company said it aims to tap growing demand for such packaging in the Asia-Pacific region.

The facility will produce caps and lids for dairy, juice and other beverage products, mainly for customers in Asia, Australia and New Zealand. Production capacity will be more than 3 billion units per year.

The factory is expected to open in early 2018 and will be located in the same compound as Tetra Pak's existing Straws and Strips plant in the eastern province of Rayong.

Michael Zacka, Tetra Pak's regional vice president for South Asia, East Asia and Oceania, said in a statement that customers are "increasingly looking for packaging that is functional and convenient." He added that the company's growth outlook for the region is "extremely positive" and that the plant will help "open many new opportunities."

Tetra Pak expects demand for packaging with caps or lids in the region to grow by more than 30% between 2015 and 2018. In November, it announced a 100 million euro investment in a new Vietnamese packaging plant to expand its manufacturing footprint in the region. The same month, it also signed a deal with Dubai-based Binghatti Holding to receive approximately $6.8 million in financing to develop packaging and filling lines at an Abu Dhabi factory.