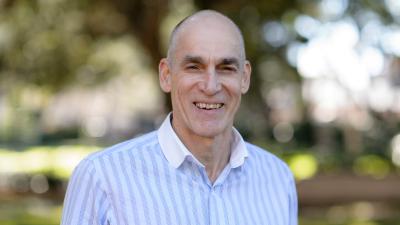 Sanitarium Health and Wellbeing has appointed Rob Scoines as general manager for its New Zealand operation.

Mr Scoines, who most recently served as general manager for Logistics at Sanitarium Australia, brings 40 years of experience in a variety of roles such as accounting, HR and manufacturing in different locations, including Auckland. As general manager for Logistics, he led Sanitarium Australia to be considered a preferred supplier by its trading partners over the past 10 years.

"We’re the country’s number one breakfast food manufacturer and this offers the church a unique opportunity to make a positive impact in the community."

“I believe Rob will bring excellent leadership to this role,” said Sanitarium CEO Kevin Jackson. “He has what it takes to grow a high-performing team as we continue sharing our message of health and hope for a better life in New Zealand.”

Beyond the workplace, Mr Scoines accomplishes remarkable feats of endurance in ultra-marathon events and his passion for making a difference in the community is well known, whether he’s raising funds for a worthy cause or taking part in his local church’s Road to Bethlehem program.

“I see leadership as a privilege,” Mr Scoines said. “It’s the opportunity to positively impact people as they grow and develop while they in turn make an impact on the business and the community. We’re the country’s number one breakfast food manufacturer and this offers the Church a unique opportunity to make a positive impact in the community. I’m honoured to lead the team that’s going to make the most of that opportunity.”

Mr Sciones takes up the role immediately, replacing Pierre van Heerden, who announced he was stepping down as general manager at the end of 2016.

In the last financial year, Sanitarium New Zealand achieved a sales turnover of $150m and provided more than 500 million serves of healthy products for consumers.

More in this category: « NZManufacturer October17 Edition Use the natural resource in your own backyard »
back to top
Jul 24, 2018