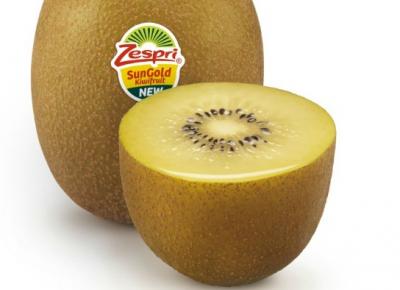 New Zealand's kiwifruit exporter said in a release: The range is the combined revenue estimate resulting from 700 hectares of Gold3 licence, and 50 hectares of Gold3 Organic new development licence, both released under a closed tender bid mechanism. The validation process for all bids is still ongoing and all bidders will be notified of their outcome from May 1.

In the prior year, Zespri awarded 400 hectares of Gold3 licence, generating corporate revenue of $98.2 million, or around $245,500 a hectare.

For both the 2017 and 2018 Gold3 tender processes, Zespri has not provided deferred payment terms, and therefore the invoice amount for this release is due to be fully received by Zespri by the end of July 2018. A decision by the board on the payment of an interim dividend in relation to these licence proceeds will likely occur in July.

According to sharechat.co.nz, the Gold3 or SunGold variety has proven popular as it is more resistant to the Pseudomonas syringae pv actinadiae bacteria, better known as PSA.

Place your news here on MSCNewsWire

More in this category: « Harlequin ladybirds a threat to New Zealand horticulture Water essential for sustainable growth of NZ horticulture »
back to top
Sep 19, 2018

Is it time to carve up Fonterra and sell it?

Peters’ Washington pick and what it means