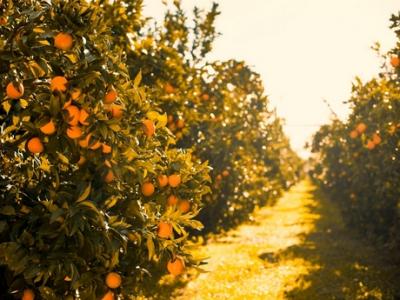 New Zealand Citrus Growers Inc (NZCGI) says the satsuma season kicked off in April and growers are around 50 per cent through harvest, with external quality and taste very good.

"Satsuma mandarin season has started off strong with a good flow of great tasting fruit to market," Wayne Hall, NZCGI Chair of the Orange product group said. "However, there are volume challenges similar to those we experienced last season, with over 10,500 tonnes predicted for the domestic market. This is an increase of 1,635 tonnes on last year’s actual domestic volume. But growers are managing their harvest and supply to be in line with demand, to preserve the quality of fresh satsuma mandarins to consumers."

Satsuma mandarins are the largest volume citrus crop and occupies the most land area across the country, and NZCGI says strong demand and social media promotions are helping to create awareness and hype around both satsumas as well as the upcoming navel season.

The NZ navel orange season is also soon approaching with a start date expected in late June, with volumes predicted to be similar to 2016 at around 9,700 tonnes. Mr Hall says growers have recently embarked on new techniques, which have helped improve taste for the consumer.

"In 2015 Navel orange growers voted to adopt an independent maturity testing programme using the BrimA standard, which is the same standard used in the USA and Australia, to ensure NZ navels are harvested when they are mature and will provide a positive eating experience for consumers," he said. "Since this programme has been running it has been well adopted by the majority of growers and marketers. NZs domestic retail chains are also supportive of the maturity testing programme."

NZCGI says lemon volumes have increased as a year-round crop, with March and April volumes significantly up on 2017. They peak in New Zealand's winter months and a good proportion of NZ Lemons head offshore particularly into Asia. Limes have come on stream late February and peak in June, and while there are not a lot of large lime growers, collectively there is plentiful supply through the Autumn and Winter months before an expected shortage during the Summer.

"Due to the bi-annual bearing nature of citrus, growers generally experience ‘peaks and troughs’ of volumes from their orchard," Mr Hall said. "This makes meeting market demand some years a challenge and then causes an oversupply situation in other years. Export demand for NZ satsumas has dropped off in the last two years for a number of reasons. Generally speaking most of the citrus growing regions had a useful Spring and a decent Summer. Heat units and rainfall were in relative balance and provided good conditions for fruit set and cell division. For most varieties average fruit size is up on last year."

New Zealand's contribution to global citrus production is less than 0.05 per cent, and Gisborne is the largest citrus growing region (56% of production), followed by Northland (34%), Auckland (9%) and Bay of Plenty (1%). NZ Citrus mainly supplies the domestic market ($61million) with export comprising $13million, of which lemon export dominates at $9.5million. The main export markets for NZ citrus are Japan, USA and China for lemons, Japan and the Pacific Islands for Mandarins, and Pacific Islands, China and Japan for oranges.

NZCGI say they are currently refreshing their strategy, and a big focus of this will be both to lift demand domestically and to develop existing, and open new export markets. Mr Hall says New Zealand produces some of the best citrus in the world and does not use any post-harvest fungicides, which means the country has a unique niche in the global market. He adds these quality benefits will complement the promotional work that is underway.

"Again this year NZ Citrus Growers are investing their levy funds in a promotional campaign for mandarins and navels with a focus on creating a strong consumer awareness during the peak of the season," he said. "This is primarily a social media campaign to target household shoppers with children. With over 23,000 followers this is an ideal platform. The latest give away in the promotion was a whole pallet of mandarins to a school who will use these to sell and raise money for their next school camp. NZCGI have been utilising the skills of Argi business marketing specialist Tracta for the last three seasons to achieve reach and target consumers who love NZ Citrus."