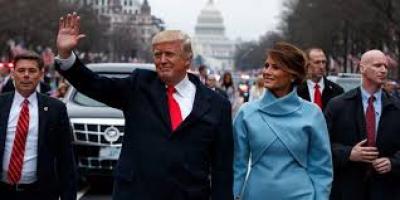 In a surprising development the United States mid term elections now favour president Donald Trump and the Republican Party. Surprising because only twice since the end of World War 2 have the midterms favoured the sitting president and their party.

The halving of unemployment is viewed as president Trump’s main trump card accompanied by the revitalising of the heartland manufacturing and engineering sector.

He is also viewed as suppressing oil-fed inflation to the point at which the United States is viewed as overtaking Russia as the world’s major oil producer.

This he accomplished by throwing away the old Nixon-Kissinger playbook in which at any given time the United States was closer to Russia or China than they were to each other.

He introduced a new policy in which the United States is bonded to Saudi Arabia which in turn is allied to other key actors in the Middle East notably Egypt and Israel.

In homeland security he is viewed as exerting a firm hand on immigration.

There has though been a cost to this. But one which will be felt only after the mid term elections.

Most threatening of these remains his embargo on Iran, the other big oil producer in the Middle East.

A re-shuffle of supply and demand involving the by now aggrieved China with Iran could upset the embargo, the new pattern of Middle East alliances, and thus containment, and thus the oil price equilibrium.

The other more imminent factor weighing against the president and therefore the midterm Republicans is the degree to which sociological elements will be factored in.

Prime among these is president Trump’s disdain for the climatist movement characterised by his ignoring the letter and the spirit of the Paris Accords.

Countering this is the re-growth of employment in manufacturing tied for the foreseeable future into the economic access to hydrocarbons.

President Trump’s deliberate trade war against China, pivotal to the resurgence of manufacturing in the United States, is also viewed as damaging to certain agricultural sectors, notably cropping.

This in turn though is countered by his symbolic cracking of Canada’s ultra protective dairy supply management system with its 100 percent plus tariff walls.

The prospect of president Trump carrying off and even reinforcing the Republican Party in state houses and in Washington remains unthinkable within the OECD.

This is because of the transmitted view that president Trump is on the defensive in regard to socio-ethical economic and identity considerations of which immigration is now the most sensitive.

What is still too sensitive for even president Trump to point out is this.

It is the matter of the EU faced with its first applied external challenge, the refugee one, and its inability to handle it in any coordinated way.

The imminent mid term elections in the United States on this occasion represent a supplementary presidential election to reinforce or otherwise the one two years ago.