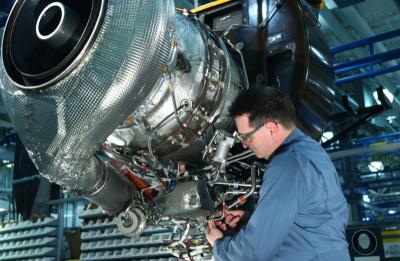 Pratt & Whitney Canada has signed an agreement with Air New Zealand for engine servicing. This agreement covers the PW123s and PW127Ms which power Air Nelson's Q300s and Mount Cook's ATR 72-500s and -600s respectively. The two regional subsidiaries have a combined fleet of some fifty aircraft.

The Avianca group has signed a similar contract to service the PW127Ns which power its ATR 72-600s. It currently has around fifteen twin-engined turboprop aircraft and is still waiting for ten more.

In addition, the two groups have opted to install the FAST (Full flight data Acquisition, Storage and Transmission) solution, a predictive maintenance solution which manages the engine's health and its use by analysing and transmitting data collected during flights, especially information about propeller vibrations. For Avianca, the system will be particular useful for monitoring "boost" and "super boost" modes, activated during operations in "hot and high" conditions.

This technology has also just been improved as Pratt & Whitney Canada has integrated a propeller vibration trend monitoring function. "This new feature balances the propeller in "as condition" mode, to ensure a predictive and optimised environment designed to reduce operating costs and workloads for pilots and mechanics", explains the Canadian engine producer.

More in this category: « Emirates re-routes long haul flight after fuel crisis in New Zealand Kiwi aviation tech developers Spidertracks and Aeronet team to automate maintenance »
back to top
May 09, 2018