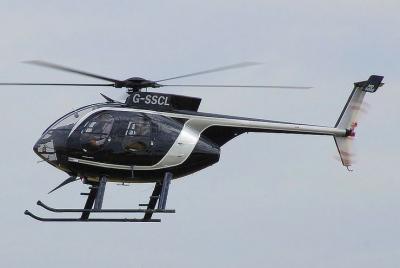 Two New Zealand aviation technology developers have teamed to tackle one of the most complex and time-consuming problems in aviation: tracking and automating aircraft maintenance and flight logging.

"It takes all of the admin out of what was once tedious and time-consuming and puts that time and effort back into the hands of operators, allowing them to focus on maximising productivity and growing their businesses," Spidertracks says in a blog post.

Fixed-wing aircraft equipped with Spiders just need to be signed up sign up for Maintenance Tracking while helicopters need a new Spider 8 device.

“For most operators, the data is already there. It was just a case of finding what else we were able to do with it that would provide more value to our customers," he said.

“This is the only software I’ve found that works for helicopter operations where maintenance is regularly performed in the field," said Synergy director of maintenance Marc Hanatschek.

Spidertracks’ CEO Dave Blackwell said Maintenance Tracker was a milestone towards providing a broader range of services for customers.There’s been an increasing desire from customers to use Spider data to provide more value for their businesses, he said.

“We see a lot of examples where aircraft operators are having to work in disparate systems and duplicate data entry in an effort to get the job done. What we’re doing here is automating these work flows and integrating systems to provide greater efficiency and more reliable data, which will ultimately deliver significant cost savings.”

Spidertracks was founded by James McCarthy and other family members and associates after it took two weeks to find the pilot following a 2005 helicopter crash.

Those interests still own most of the company supported by a 16.5 per cent investment from The Warehouse founder Stephen Tindall's venture investment company K One W One alongside other smaller shareholdings.

Aeronet is deveolped by Module Limited, which also privately owned