And suddenly the inventor appeared 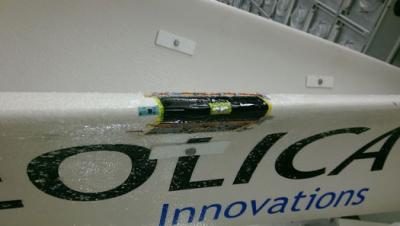 Jan 30, 2018 -  Inventors and their inventions are essential to keeping the composites industry vibrant and ever improving writes Dale Brosius for CompositesWorld.

Perusing my bookshelves recently, I came upon a book I’d read more than 20 years ago, titled And Suddenly the Inventor Appeared, by Genrich Altschuller, a Russian inventor. It’s a treatise on TRIZ, the theory of inventive problem solving. Its premise is that any invention is ultimately the result of the application of physics, although the path to the solution is not always the obvious one.

The world is full of famous inventors (and inventions), going back, at least, to Archimedes, with his conveying screw, and his use of buoyancy to derive material densities (per legend, an idea he conjured while bathing). Inventions change things. Some inventions change everything. Johannes Gutenberg, who introduced moveable type for printing presses, and Leonardo da Vinci’s numerous inventions ushered in the modern period of human history. The creation of the patent system provided legal protection to inventors that afforded them the time and opportunity to monetize their ideas.

The industrial revolution gave us Watt, Whitney, Deere, Benz, Daimler, Ford, Tesla, Bell, Firestone and perhaps the world’s most famous inventor, Thomas Edison. Referring to his deliberate method of discovery, Edison famously claimed, “Genius is 1% inspiration and 99% perspiration,” to dispel the notion that inventions are mainly the result of accidents or are stumbled upon by those pursing other goals. In 1947, William Shockley’s invention of the transistor and the commercialization effort that followed in California is believed to be the genesis of today’s Silicon Valley.

The composites world is not short of well-known inventors, starting with Leo Baekeland, the creator of the first synthetic resin, phenolic. Trademarked as Bakelite, thermosetting phenolics quickly found numerous uses in neat form, but also as a binder for mineral and fibrous fillers, both discontinuous and continuous. Phenolic composites are used extensively today, in aircraft interiors, oil and gas applications, fire-resistant building and train panels, and high-voltage electrical components.

The first patent for resin transfer molding (RTM), issued in 1950, is often referred to as the Marco Process, assigned to Marco Chemicals in New Jersey by the lesser known inventor Irving Muscat. The process and patent are often cited in later patents for all sorts of resin infusion techniques, including variations of vacuum-assisted RTM (VARTM), such as the Seeman Composite Resin Infusion Process (SCRIMP), patented by Bill Seeman. Robert Morrison, founder of Morrison Molded Fiber Glass, has been involved in many innovations, none more famous than the press-molded composite body panels for the pioneering 1953 Chevrolet Corvette.

More in this category: « New composite material made of carbon nanotubes Ford patents cylinder heads made mostly of composites »
back to top
Jun 18, 2018