The ‘cobots’ are coming.

Is your IT team ready asks Cindy Waxer in CIO?  These collaborative robots work alongside human employees, sending productivity sky-high. But IT teams must be prepared to take on complex programming, deal with connectivity issues and get used to sharing work space with 6-foot-tall machines.

At Creating Revolutions, an employee affectionately nicknamed "Manuel Noriega" assembles the tiny components of a customer service paging device. Unlike other employees of the startup, Manuel works for hours, day in and day out, without bathroom breaks or healthcare benefits. 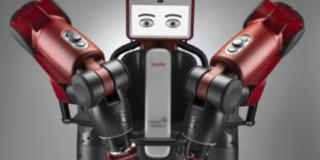 "The problem is you can't efficiently repeat a specific process the exact same over and over again as a human being," says Einar Rosenberg, CIO of Creating Revolutions.

With Manuel on the payroll, Creating Revolutions has reduced its product rejection rate to nearly zero. Changes to manufacturing processes can be made in real time for greater flexibility. And by cost-effectively increasing production rates, Creating Revolutions has managed to reduce its overhead by double digits. Employees initially bristled at the notion of sharing factory space with a cobot. But after assuring workers their jobs weren't in jeopardy, Rosenberg says everyone now views Manuel as "part of the team." In fact, the only thing separating Manuel from his human counterparts is a glass window pane.

More in this category: « Robotics revolution set to shake up New Zealand's primary industries The Whys and Hows of Becoming a Robotics Engineer »
back to top