The Whys and Hows of Becoming a Robotics Engineer 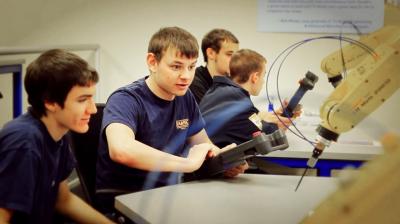 As the world of robotic automation continues to grow, so too will the number of automation jobs.  This article written by Carlos Gonzalez and published in The New Development Digest NED  is from a North American perspective but is relevant beyound those shores.

In 2015, a poll of 200 senior corporate executives conducted by the National Robotics Education Foundation identified robotics as a major source of jobs for the United States. Indeed, some 81% of respondents agreed that robotics was the top area of job growth for the nation. Not that this should come as a surprise: as the demand for smart factories and automation increases, so does the need for robots.

According to Nearshore Americas, smart factories are expected to add $500 billion to the global economy in 2017. In a survey conducted by technology consulting firm Capgemini, more than half of the respondents claimed to have invested $100 million or more into smart factory initiatives over the last five years. The study concludes that at least 21% of manufacturing plants will become smart factories by 2022. This is especially true in areas of labor shortage like the U.S. and Western Europe. 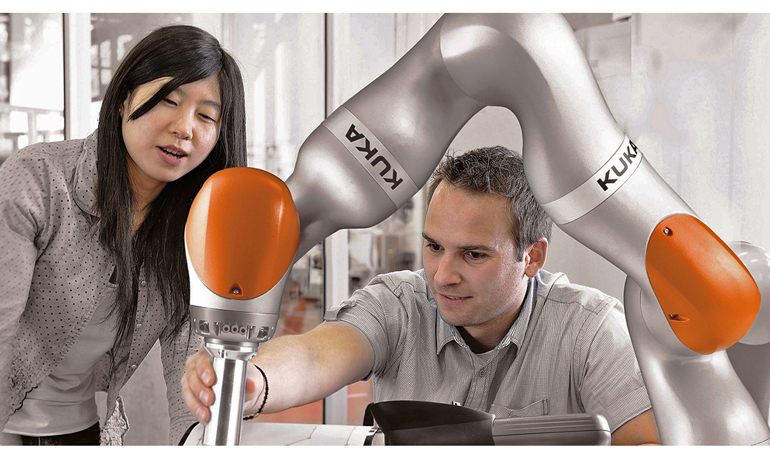 The Kuka Official Robotics Education (KORE) certificate program offers professionals and students the opportunity not only to become certified in operating Kuka robots, but also to learn robotic engineering principles.

All of this will result in the addition of more robots to manufacturing sites. Over the past seven years, the U.S. Bureau of Labor Statistics (BLS) reports that companies added 136,748 robots to factory floors. But while the conclusion of many is to assume that jobs are disappearing due to automation, the opposite is proving true. The BLS also determined that while robots were being added to factories, 894,000 new manufacturing jobs were also created as a result of automation. According to the book What to Do When Machines Do Everything by Malcom Frank, Paul Roehrig, and Ben Pring, 19 million jobs will be lost due to automation over the next 10 to 15 years—but 19 million new jobs will be created due to automation.

In other words, the job market for robotic engineers is at a prime. For the engineer either in school or already working, there are numerous resources available for educating yourself in the world of robotics. Take advantage of them, and crest the next wave of jobs in automation. 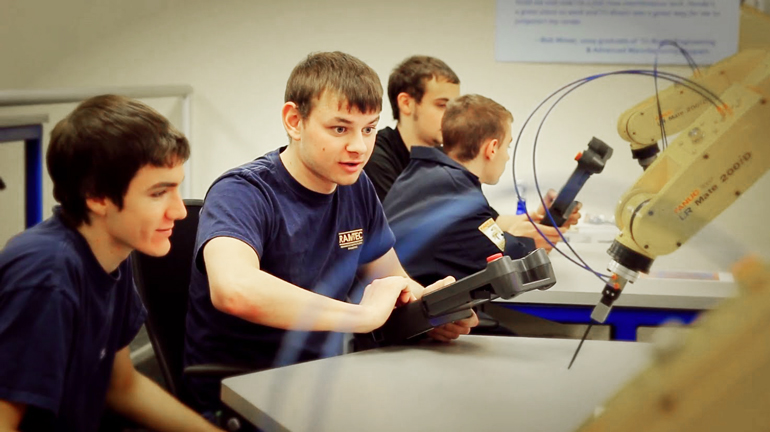 The lack of robot education in high schools and universities is creating a large gap of skilled laborers for the future of automation. FANUC CERT program brings robot certification to all levels of education, including high schools, colleges, and vocational schools.

In April of this year, the Association for Advancing Automation (A3) published a white paper concluding that 80% of manufacturers report a labor shortage of skilled applications for production positions. This may result in the U.S. losing a staggering 11% of annual earnings. However, the addition of new automation technologies allows companies to increase productivity and create higher quality products. This allows them to grow their business and add jobs.

The distinction that has to be made is that while robots will automate tasks, they will not automate complete jobs. In the white paper from A3, it was noted that robots have been increasing labor productivity at the same rate as the steam engine: 0.35% annually. Amazon is a key example of how robots add jobs. In 2012, the online shopping giant acquired Kiva Systems, which became Amazon Robotics. By 2014, Amazon Robotics employed 45,000 full-time employees. Three years later, that number had doubled to 90,000, and the company is striving to break the 100,000 mark.

Machine Design recent reported that Amazon has launched 30,000 robots into service in conjunction with 230,000 employees across its fulfillment centers. The Kiva robots have led to higher efficiencies that have resulted in increased growth. Another example of growth due to automation and robotics is in the automotive industry. General Motors grew U.S. jobs from 80,000 to 105,000 from 2012 to 2016. This increase in jobs coincided with the addition of approximately 10,000 robot applications in GM plants.

The robotic engineer job market will grow between now and 2024. The BLS reports that robotics engineers, as part of the mechanical engineering field, will increase by 5% by 2024. The median annual wage for robotic engineers was $83,590 in 2015. If the rate of machines being added to factories remains consistent, then the number of skilled technicians needed to program, operate, and maintain those robots will also increase. 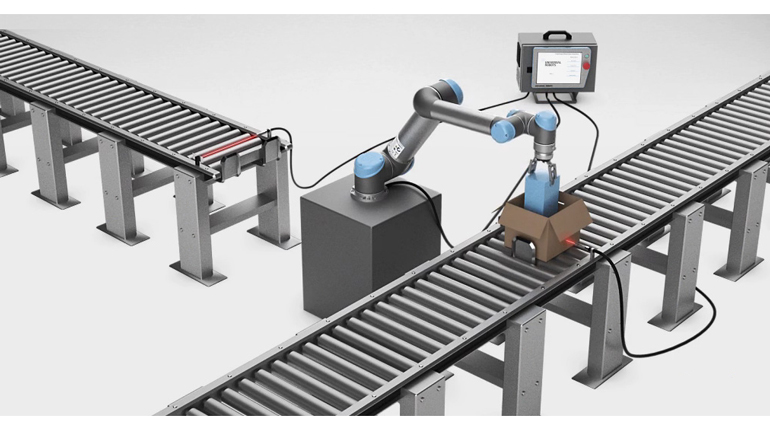 The Universal Robots Academy teaches you how to set up and program its collaborative robots online in six module training courses.

For the young engineering student looking to enter robotics, there are key areas of study that one should focus on to obtain the appropriate education. Robotics is truly an interdisciplinary career which combines several fields of engineering, including mechanical engineering, computer programming, and electrical engineering. According to Robotiq, a manufacturer of end effectors for collaborative robots (cobots), the core subjects for those at the high school level are mathematics and physics. These core areas of study make up the foundation of many robotic courses. If the student has the opportunity at the high school level, they should also take courses computing, programming, design, and extracurricular engineering electives like machine shop and manufacturing classes.

At the university level, many educational institutions offer a robotics major as its own independent field of study. However, since the field of robotics is one under constant change, many professionals reach the robotic industry through different avenues. In the Robotiq guidelines, it is possible to break down the robotic field into three key areas:

According to GradSchoolHub.com, the top 10 universities with grad school programs in robotics are as follows:

NASA has a list of robotics programs at universities across the U.S.

Robotic education in STEM is growing. In 2015, the government offered in $100 million in federal grants to support the growing workforce. The plan was to offer schools with the resources to introduce robotic education into the classroom, as well as to provide training and certification for those looking to enter the field.

More in this category: « The ‘cobots’ are coming. Airbags being developed for safety around robots »
back to top