"New Zealand still on track for a bumper apple season" 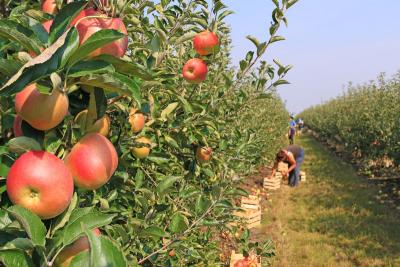 In a NZX announcement T&G Global reported a 49 per cent decrease in first-half-year profit, with poor weather contributing to harvest timing, quality, volume and margin.

Profitability was also affected by the northern hemisphere where fruit was available for a longer period, delaying the switch to southern produce.

"These issues led to operating profit for the pipfruit division decreasing by $8 million from the same period last year."

Mr Pollard said that, for the whole season, it looked like it would be a similar result to last year nationwide.

"Last year was a record year, so if we do the same we equal our record - you can't complain about that," he said.