Meat and dairy product manufacturing sales seasonally fall in the September quarter, with sales volumes down 0.5 percent. This followed an 8.0 percent rise in the June 2017 quarter. 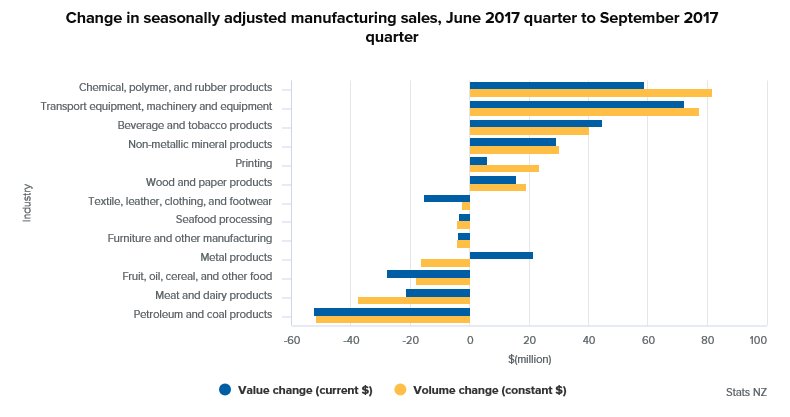