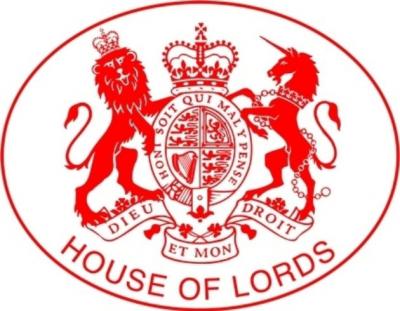 Knowingly or unknowingly New Zealand caretaker prime minister Bill English has it within his gift to put renegade electoral balance of power holder Winston Peters MP on the high road.

The one that leads to the House of Lords.

This can now be interpreted beyond the abstract sense in which until now it has been taken.

Neither does it take the form of a knighthood.

Mr Bolger has deliberately stood aside from this diluted form of ennoblement.

Mr Peters will do so, if he has not already done so.

It is within a New Zealand prime minister’s patronage or gift to recommend to Buckingham Palace a candidate for the House of Lords.

The last such candidate was the late Lord Cooke of Thorndon, an eminent jurist.

Mr Peters displays many of the characteristics of this former Wellington law lord.

He is also a lawyer. He is at ease with formality, and protocol.

He is consistently pro monarchist.

He has long been an advocate of Commonwealth trade preference.

Early last year he addressed the House of Lords on this topic in the context of Brexit.

His speech widely publicised in Great Britain was ignored here.

Why then cannot Mr Peters be similarly dispatched to the House of Lords by a coalition friendly Labour government?

The reason is that as a Labour Party initiative such a bold move would be much, much, more difficult if it could be implemented at all.

The action by the last Labour government in eliminating the British honours here was one of string of slaps across the imperial face dating from the Norman Kirk era.

Such an elevation will require also the endorsement of the British prime minister.

Premier Theresa May is likely to have doubts about sponsoring into the House of Lords a new member who is part of a Labour Party. Mrs May would need to be assured that such a candidate was not going to add to the Brexit dissonance.

Neither is it widely understood that as a member of the House of Lords Mr Peters, now Lord Peters, could still serve as a member of a New Zealand government cabinet.

He could not of course continue to sit as a Member of Parliament.

No insoluble problem here to a delicately balanced National-led MMP coalition because the next one on his list would simply slide in at the bottom.

By House of Lords standards Mr Peters at 72 is not very old.

An operational problem is the financing of a member of the House of Lords from New Zealand.

Robin Cooke QC, Lord Cooke of Thorndon, was able to look after the costs of his own membership of the House of Lords.

In the instance of Mr Peters an obvious solution is for his deployment to be part of the operations of New Zealand House.

Mr Peters, now Lord Peters, as a New Zealand cabinet member with an international role would therefore become an official deftly positioned to push the national cause simply by being part of the establishment instead of a mere observer looking in.

………The Commonwealth the UK will find in 2016 is quite different to the one it turned its back on in 1973. Infrastructure has come on in leaps and bounds. The days of the Commonwealth having nothing but raw commodities are gone.

It is now a dynamic powerhouse, crossing every time zone and trading session in the world. It covers nearly 30 million square kilometres, almost a quarter of the World’s land area. It’s members can be found in every single inhabited continent. Together, we have a population of over 2.3 billion, nearly a third of the world’s population. In 2014 the Commonwealth produced GDP of $10.45 trillion, a massive 17% of gross world product. Seen that way the Commonwealth could be a colossus.

| From the This email address is being protected from spambots. You need JavaScript enabled to view it. ||  Sunday 1 October 2017   |||

More in this category: « Winston Peters Knows that Journalists would rather be Scolded than Ignored How did we get this early Winston Peters Ascendancy forecast (“Has booby trapped centrists”) so excruciatingly correct? Here’s how…. »
back to top
Nov 11, 2018