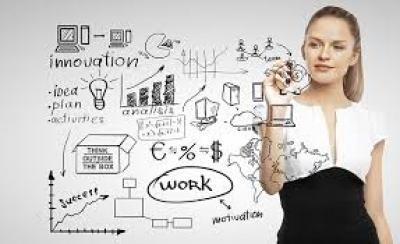 The digital copy of the report has been sent to every member of parliament and to key government officials throughout multiple agencies as technology is far reaching – from health and education to regions, small to medium businesses and social and primary industries.

The collaborative report by 20 major Kiwi tech organisations was led by NZTech, IT Professionals (ITP) and InternetNZ.

Among a dozen manifesto goals is a call for New Zealand to establish a dedicated Ministry for the Future, focusing on positioning New Zealand and all government agencies and society to take best advantage of a technologically enabled future.

NZTech chief executive Graeme Muller says the prosperity of New Zealand is inextricably linked to how Kiwis embrace the future as a digital nation.

“As we approach the 2017 election, we strongly encourage all political parties to embrace this manifesto and commit to bringing life to its recommendations.

“The tech sector is now New Zealand’s third largest exporter and is growing fast. The tech sector contributes over $16 billion to GDP and employs 100,000 people. But it’s not just about the tech sector as new digital technologies are driving economic and social change.

“For New Zealand to remain competitive in the near future, it needs to plan and prepare for this unprecedented technology change today.

“The prosperity of New Zealand is inextricably linked to how we embrace our future as a digital nation.

“With the convergence of technologies such as fast internet speeds, mobility, big data and cloud computing we are beginning to see a wave of technology change impacting almost every part of society and the economy.

InternetNZ chief executive Jordan Carter says connection to the Internet is becoming ever-more essential for people's business and personal lives. There's been huge investment in making sure top-quality connectivity is available around New Zealand, he says.

"The challenge in the next term of parliament is three-fold: continuing to boost rural and regional access; making sure there are cost-effective options for those who can't afford huge Internet bills; and making sure that everyone can make better use of time online when they have access. This manifesto provides a route-map for New Zealand's success."

ITP chief executive Paul Matthews says New Zealand has a major opportunity for continued significant economic growth and employment led by the tech sector. But whichever parties are in government post-election, they will need to embrace this opportunity through future-focused policy in a range of areas.

“We hope all parties will support changes needed to ensure a modern future-focused education system, while also focusing on badly needed change to how public research is funded in New Zealand. This collaboration is unprecedented and the 20 tech bodies who have contributed have done so to help New Zealand prosper,” Matthews says.

3.  New Zealand is recognised as a world leader in equipping its citizens for the changing economy, through in-work training, career transition support, and public sector leadership in the use of new technologies.

4.  New Zealanders have affordable access to reliable, high-speed internet, coupled with the skills and equipment to use it. As part of this, there should be parity between urban and rural areas with regards to speed / quality and cost.

5.  New Zealand is recognised as having one of the most digitally savvy economies in the world, with tech product and service exports being our top export sector. The majority of New Zealand businesses either sell or engage in business online.

6.  New Zealand remains open for business, welcoming genuine skilled migrants in areas of strong need in the digital and technology sector while significantly improving the process of matching the skills of potential immigrants with areas of un-met need.

7.  New Zealand continues to be a world leading nation to do business in and with whilst maintaining privacy and data security. This is achieved through a world leading approach to cyber security including education, policy and preparedness.

8.  New Zealand develops a transparent framework for buyers and sellers through government wide prequalification standards and low cost, easy to use procurement processes.

9.  New Zealand fully embraces open standards and provides a level playing field for technology in general, and IT services in particular.

10.  New Zealand continues to be recognised internationally as a bastion for privacy, a country which values and protects the privacy of its citizens through policy whilst still allowing economic growth.

12.  New Zealand establishes a dedicated, Ministry for the Future, focusing on positioning New Zealand and all government agencies and society to take best advantage of a technologically enabled future.