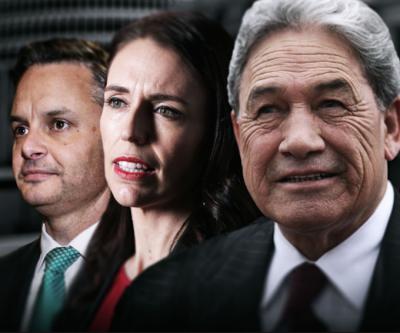 Labour Party Grandees Considered to have a Matchmaking role

The long duration of the New Zealand government’s post general election coalition negotiations indicate that the New Zealand First Party minority but tie-breaking faction will coalesce with the Labour Party.

The main reason is that New Zealand First Leader Winston Peters MP, the one who unilaterally calls the shots, has two key policies that blend with Labour’s. They are:-

New Zealand First’s policy to cut immigration back to the bone chimes with the historic doctrinal Labour ambition of raising wages.

This requires that demand for labour outstrips supply.

Something which is hard to do with a liberal immigration regime in place.

It runs though counter to the operational policy of the installed National government to stimulate growth through immigration.

So there would have to be an awkward National back down, and a personal one, by caretaker prime minister Bill English

Meanwhile, Mr English has repeatedly and personally set his face on a re-entry to the doomed Pike River mine. A comedown here will mean considerable loss of face.

A re-entry, however symbolic, will be welcome on the West Coast which always votes Labour.

There are signs too that the Labour Party’s grandees, who tend to have more influence than their National Party counterparts, are weighing in behind a coalition with Winston Peters.

Bryan Gould, a New Zealand-born member of the British Parliament, and once tipped as a likely leader of the UK Labour Party, has issued a communique warning of the dangers of getting in too deeply with the Chinese.

This indicates a clear tilt toward Winston Peters who has been issuing the same type of warning, and who favours a re-balance with the North Atlantic.

A further dowry that Mr Peters can bring to Labour is his campaign positioning as champion of farmers.

The inability of the National government to boil down the nation’s agricultural water problem into digestible policies allowed Mr Peters to successfully insert himself into the confusion.

Mr Peters has worked with Labour before.

The option for the caretaker National government is to know that their time is up. Temporarily. Sit out the next three years and hope for the worst.

Then, having lost no face, having been seen to have stood behind its principals (something it often finds hard to do) and then to resume its normal course as it sees it, as the natural party of government.