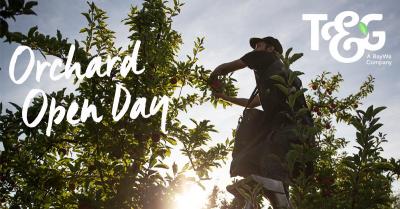 Locals had been led to believe Baywa AG was expanding

Local fabricators had tooled up anticipating the expansion of the old Turners & Growers business and now they find themselves contemplating the possibility that the business, big by New Zealand standards, but tiny by Baywa’s might simply shut its doors.

Several years ago that The Munich-based company BayWa AG acquired over 100 per cent of the third largest apple producer in New Zealand, Apollo Apples Ltd., through its New Zealand subsidiary Turners & Growers Ltd.:

The on-season/off-season growing cycle made sense at the time.

But now the German firm cites a decline in fruit volumes and a slide in apple juice concentrate prices.

T&G Foods has the capacity to process up to 200,000 metric tonnes of apples and other fruit at its two manufacturing sites, one in Hastings and the other in Nelson.

The company processes apples into apple juice and has also diversified into the production of higher margin fruit ingredient products including diced apple for the food services industry, apple sauce in bulk and small format pouches for retail consumers.

The company was founded in Germany nearly 100 years ago, operates in 34 countries and has nearly 20,000 staff

The uncertainty about the company’s New Zealand apple business is a surprise just because the main problems were well-known at the outset of the acquisition.

These included supply problems due to the widespread pulling up of orchards, and the labour problems involved in the picking of the fruit in the remaining orchards.

Baywa is a conglomerate in that it is involved in energy, notably solar, as well as in building materials, and farm equipment.

The uncertainty over the company’s processing future here comes at a time of intense political sensitivity over the acquisition of New Zealand’s primary resources by foreign firms.

This has been compounded by the worry of local constructors who had been led to believe that the company was on an expansionary path.

| From the This email address is being protected from spambots. You need JavaScript enabled to view it.  ||  Wednesday 18 October 2017   |||

More in this category: « New Zealand First’s Winston Peters MP Betrothed to Coalesce with the Labour Party. National Party Slipped into Reverse Gear in its Third Term »
back to top
May 03, 2018