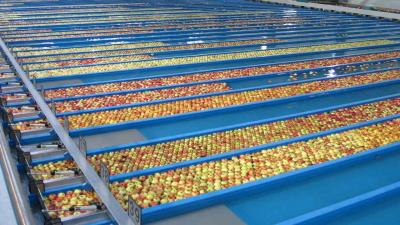 T&G Global, the fruit marketing firm controlled by Germany's BayWa, wants to sell its food processing subsidiary T&G Foods as the apple processing business has been hurt by a decline in fruit volumes and a slide in apple juice concentrate prices.

The company reviewed the unit's operations and determined it's non-core and consequently should be either sold, rationalised or closed, it said in a statement. Expressions of interest close on Nov. 15.

“Despite the best efforts of T&G Foods’ management and staff, the business has struggled to counter the current impact of the significant decline in the volume of fruit for processing in New Zealand and the continued worldwide decline in the commodity price of apple juice concentrate," chief executive Alastair Hulbert said.

Depending on the timing and outcome, T&G may incur a significant after-tax loss due to a write-down in the net book value of T&G Foods’ assets and other associated costs, it said. At this stage the negative impact to the T&G Group is estimated to be about $14 million.

It noted, however, any negative impact will be largely offset by a fair value gain of approximately $14 million from T&G Group’s investment in Grandview Brokerage announced in March, a joint venture in the US that will improve its access to the American fresh produce market.

"Consequently, T&G does not expect a material income statement impact to arise for the year ended 31 December 2017," it said.

T&G Foods has the capacity to process up to 200,000 metric tonnes of apples and other fruit at its two manufacturing sites, one in each of Hastings and Nelson. It processes apples into apple juice and has also diversified into the production of higher margin fruit ingredient products including diced apple for the food services industry, apple sauce in bulk and small format pouches for retail consumers.

While the apple industry has been converting orchards to new apple varieties and in the last five years has added more than 2,500 hectares of orchards, the volume of apples available and suitable for processing has been in significant decline and has negatively impacted T&G Foods trading, it said.

More in this category: « US to allow fresh persimmon imports from New Zealand We are building a global brand, it's not just about selling apples. »
back to top
Apr 20, 2018