US to allow fresh persimmon imports from New Zealand 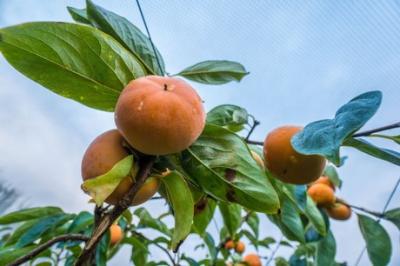 The U.S. Department of Agriculture’s Animal and Plant Health Inspection Service (APHIS) is amending its regulations to allow the importation of fresh persimmons from New Zealand into the United States. After analysing the potential plant pest risks, APHIS scientists determined that persimmons from New Zealand can be safely imported into the United States under a systems approach.

A systems approach is a series of measures taken by growers, packers, and shippers that, in combination, minimize pest risks prior to importation into the United States. In this case, the systems approach requires orchard certification, orchard pest control, post-harvest safeguards, fruit culling, traceback, and sampling.

In addition, the fruit must be treated with hot water or undergo modified atmosphere cold storage to kill any leafroller moth larvae. The persimmons must also be accompanied by a phytosanitary certificate stating that they were produced under the systems approach and were inspected and found to be free of quarantine pests.

In August 2016, APHIS published a proposed rule to amend its regulations to allow the importation of fresh persimmons from New Zealand into the United States provided that they are produced in accordance with a systems approach. The final rule will publish in the Federal Register on October 3, 2017, and will become effective 30 days after publication on November 2, 2017.