The Decentraliztion of the Energy Sector 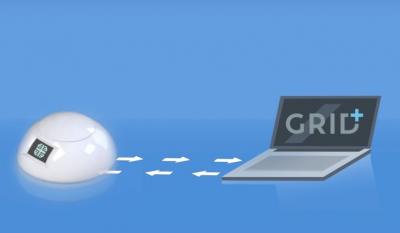 30 Oct:  The blockchain is becoming popular and useful not only in fintech and related industries. Decentralized and distributed ledgers are also now being used in ensuring security and fair trade in industries like energy, which now enables communities to achieve better energy efficiency, reduced carbon footprint, and even the potential to earn from their real properties/assets.

Individual power generatorsOff-grid energy generation is a concept that is continually growing both in popularity and capacity. In some cases, individuals or household owners who generate more energy than they consume can actually sell such surplus to power companies.

The growth of the private power generation ecosystem is also encouraged by the increasing awareness of renewable energy. Hence, owners of power generation systems like solar panels or windmills can store the generated energy when not in use as credits. These credits can be used when needed or sold to power companies when there is a surplus.

This industry is growing rapidly and the transaction processes are becoming more cumbersome and complicated. For instance, there is a growing push to make it harder for folks who generate renewable energy to sell it back to the grid. Opponents of net metering argue that people who generate their own electricity should pay the utility company for the privilege of using the grid.

These emerging bottlenecks, coupled with other technical issues qualifies the encroachment of the blockchain into this sector as a timely intervention.

The inherent qualities of the blockchain such as transparency, security, immutability and most especially, its decentralized nature which allows for peer-to-peer transactions, makes it very suitable for a market such as power trading.

Such blockchain platforms allow for units of electricity to be tracked from the point of generation to the point of consumption. This process protects the interests of both energy generators and consumers by offering a transparent process where the actual value is delivered and paid for.

The current blockchain systems still depend on the existing energy grids that store the originally generated electricity before distribution to consumers, hence despite the decentralized nature of the blockchain, for now it is becoming part of the answer to updating and improving centralized, legacy systems with a distributed hybrid system made up of a patchwork of both large power plants and microgrids powered by distributed energy resources such as solar power. Such a decentralized energy system would be capable of delivering efficient, reliable, and, in many cases, renewable energy.

The future is hereHowever, it is predicted that in the near future, the Internet of Things (IoT) will enable billions of smart devices to sense, respond, communicate and share data. Those things will also have the ability to generate, buy and sell their own electricity.

The Internet of Things (IoT), which refers to smart machines, especially everyday appliances that can communicate with each other and fulfill tasks, appears to be the desired and impending future of the energy trading industry.

Considering the poor outlook ahead for the existing system, factors such as the aging grids, increasing load on the grids, wastage of power through the wholesale broadcast from the grid to homes and not targeted appliances, it becomes desirable for a time when smart appliances will take over and disrupt such systems.

Total decentralization will be achieved when equipment and appliances employ peer-to-peer interactions within the ecosystem, albeit in automated processes. This will eliminate the need for third parties, improve efficiency and avoid wasting energy by supplying to redundant appliances.

Challenges still need to be overcomeA future of smart machines and blockchain efficiency resembles the perfect description of bliss. However, despite the inherent security of the blockchain, there still exists the risk of individual nodes or users being hacked, especially with the nature of IoT, wherein each individual device can become a security risk.

Think for instance of a user holding a private key, but keeping it secure under weak passwords or a weak infrastructure. This could lead to the entire system — or at least that user’s assets — being compromised.

Hence there is a need to follow security best practices, which will include protecting critical infrastructures with firewalls and reverse proxies, as well as other measures like continuity/redundancy tools, adequate power supply, and a reliable network connection. Take note that as a distributed ledger mechanism, blockchains require the unanimous confirmation of all nodes to achieve consensus. Protecting blockchain, therefore means minimizing risks of the numerous attack vectors that include social engineering, brute force attacks, denial of service, scripting, and other similar threats.

Blockchain tech is now everywhereThis is evident in the springing up of smart cities around the globe like we are seeing in New York and Singapore. Even Nigeria’s commercial capital, Lagos is on its way to hosting Africa’s first smart city as its government earlier this year signed an investment deal with Dubai, the United Arab Emirates to build the city.

Apparently, blockchain in its own way is gradually encroaching into every aspect of human existence and changing the way we do things. From financial transactions to energy distribution, we continue to see how increasingly necessary and reliable the technology is becoming. Even in our eco/environmental sector, tracking the basic elements of nature such as trees and animals nearing extinction is a data management sector where the blockchain will definitely play an important role in sustaining the planet.

Blockchains may not appear like the perfect solution for mankind, but it surely broadcasts the hope for a brighter tomorrow.

More in this category: « Tesla Powerpack battery added to wind turbine at NZ salt factory Global demand for natural gas a big opportunity for New Zealand »
back to top
Apr 05, 2018