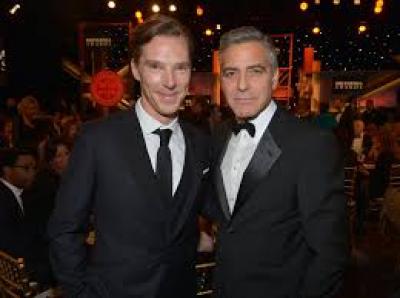 Antiquity authority Gordon Strong points out that the current surge of accelerated ethical mass hysteria centred now on an extended Hollywood – Westminster axis amounts to nothing more than an electronic replication of such collective expressions of righteousness in ancient times.

The main difference between such outbreaks in the pre-media age and the current version is that now it is an underclass seeking to diabolise a superior or over-class.

In the current and resurgent trans-Atlantic outbreak this targeted superior strata is represented by those in power in two cooperative and linked categories –the electronic entertainment class and the political class.

In the current outbreak this represents those who control the capital, and thus the jobs in the visual mass media, and to an only lesser extent those in politics deemed to be exercising a similar style of economic power upon those beneath them.

Mr Strong is considered Britain’s leading specialist in ancient superstitions and their outcomes and has authored many books on the subject.

The current Hollywood- Westminster axis outbreak, contrary to a widespread notion in academia, had more in common with mob behaviour than with the witch hunt manifestation, he said.

Witch hunts , he said were levied by a superior class on members of an under class deemed to be the source of a community problem such as still-born children, plagues, and famines.

The contemporary version in contrast he pointed out is reversed in that it is being levied by an underclass on a dominating overclass.

The purpose is to excoriate those considered to have failed to deliver on an undertaking made to their accusers.

These accusers also believe themselves to have been humiliated in the course of achieving that same undertaking from those in power over them..

In all instances the accused had been considered to have been operating from a consented and superior position of trust, and one confirmed and promoted by the same electronic media now being applied to their condemnation.

One similarity between the current outbreak and those of ancient times was the accelerator in the shape of the same core mob, drawing in more participants and more strength as it rolled along.

The presence of the mob in ancient times and now currently supplied the key to understanding the syndrome, said Mr Strong.

Regardless of the epoch the mob transcended the constituted authority of the era in defining its own targets, its own malefactors, and challenged the authorities of the era to do something about them.-

Otherwise the mob would take the law into its own hands, and in doing so make the authorities look weak and thus vulnerable.

The mob effect was clearly visible in its current incarnation as those on the sidelines and observing the snowball effect now joined it for fear of themselves incurring its wrath.

Marching on its fingertips now rather than on its clogs the individual power vested in the population by electronics meant that this virtual mob can criss-cross frontiers and oceans in seconds.

The reason was the collapse over the past 50 years in the respect for, and thus the fear of, institutions – notably the established church.

Filling this vacuum noted Mr Strong was the re-appearance in the English-speaking world of the Druid, an official whose role it was in ancient times to intercede and generally mediate between the people and their unseen deities.

.He cited show-business exemplars such as George Clooney and Benedict Cumberbatch (pictured) as two such revenants who from their position of recognition and trust had sought to arbitrate during the current resurgence and generally to “exercise a calming influence.”