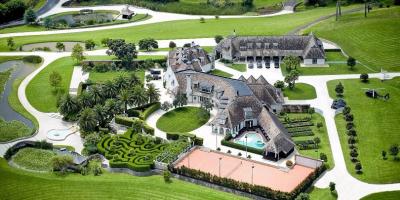 Question. What do the National Party and Kim Dotcom have in common apart from both being domiciled in New Zealand, and both being each other’s nemesis?

Answer. They are both targets of the entertainment industry’s determination to demonstrate the power and the long reach of its copyright enforcement.

Kim Dotcom was arraigned in New Zealand at the behest of the United States entertainment industry on the grounds that his gigantic computerised transit warehouse was being used to handle US entertainment products.

The National Party was similarly constrained to appear in court over the similarity of its 2014 campaign jingle with that of the output of a United States performing artist.

Now we encounter the divergence between the two unlikely parties in that Kim Dotcom’s enforced presence in the United States remains on hold, while the National Party must wear a fine of $600,000 for lifting a snarling, tattooed US warbler’s rhythm.

Similarly these two rather disparate entities share several mysteries. Among them:-

The degree to which the courtroom proceedings in Wellington leading up to the National Party copyright decision will be a presence in the continuation of the proceedings against Mr Dotcom will of course be an element for the jurists involved to conjure with.

The two defendants resemble two bruised and bloodied martial arts combatants, tag wrestlers, obliged to lean on each other to remain standing up.

The National Party corner meanwhile rumbling away how their various professional imaging advisers had let them down and after all, they only wanted to get the younger vote in their corner anyway---the same people who were supposed to pick up the Dotcom digital entrepreneurship follow-me message

The fact that these two, the hunters and the hunted, now find themselves in the same copyright corner again underlines the bizarre nature of the general election of 2017.

Waste levy hike has nothing to do with the environment