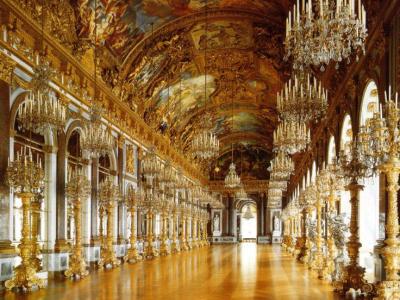 Somehow the French in the free market hands-across-the-channel swirl have absorbed the British passion for two other elements in which they had failed to cultivate any fervour prior to Britain joining the Common Market, as it was then known then.

This is their now so evident twin passions for dogs and holidays.

Their inland towns teem with dogs brandished with the same pride with which the British once paraded their best friends.

Then there are the holidays.

This once British obsession quickly crossed the channel and now remains the pivot of France’s extremely generous labour market regime. The Germans, of course, are not so generous, and describe it as unworkable.

Their holiday fixation extends to their daily papers which identify the holiday destination of each cabinet member and go into un-English personal data about what the governmental vacationer does, and in what company.

Then there is the matter of friendliness.

Prior to Britain’s entry into the EU/Common Market one needed to be cautious about France in that the locals were not necessarily on your side.

With the exception of the somewhat threatening milieu in places like the Gare du Nord, France has dispensed with the stand-over types that remain such a thuggish and disquieting presence in the English-speaking realm.

It is now the French who radiate, well, bonhomie

France with a singular passion has clutched to its republican breast the British monarchy.

It is much easier to keep up with the comings and goings of the Royal Family in the admiring French media, than in the British version which still finds it necessary to exhibit resentment over its gilded constitutional dynasty.

The pomp and circumstance attendant upon the Presidency of France quite overwhelms any pageantry surrounding now the British monarchy.

No longer, since the era of President Francois Mitterrand , only half- jokingly referred to as France’s last king and certainly more kingly than any British king in living memory, Versailles and its Hall of Mirrors (pictured) has undergone a right royal makeover worthy of the Sun King.

Then there is freedom of expression once considered a monopoly of Britain’s but demonstrably overtaken now by France’s extreme latitude liberalism which is zealously policed under its Droits de L’Homme, Rights of Man, code.

If you are of a mind to upset any apple carts you can savour the proximity in the ambient French Establishment political life of the Robespierre of the 1968 student riots Daniel Cohn-Bendit, a long time Euro Member of Parliament.

Or if he is not heady brew enough, there is Che Guevara sidekick Regis Debray an enduring and incisive touchstone at any debate on anything at all.

France during the Common Market / EU merger absorbed too the once cherished Britain sense of Empire.

In the run up to Britain’s EU entry France vied with Britain in trying to unload its old colonies.

Since then France has clung to what remains of its old Second Empire, notably in equatorial Africa.

While Britain during these same years enthusiastically cast off its colonial heritage viewing the old colonies as troublesome, costly and thus unnecessary burdens.

France in contrast, the Hexagon, as it affectionately refers to itself, has re-invigorated its colonial patrimony viewing these old possessions as manifest evidence of its status as a contemporary world power.

As if drawing into itself the most poisonous sting out of its new partner, France took over Britain’s strike-prone role too.

In the 1970s when Britain signed on with the EU, it was because Britain was beset by economy-crippling strikes while France was still under the full cohesive power of focused national purpose during what it now nostalgically referred to as the 30 glorious years, the immediate post war ones.

Now it is France that is subject to engrained and systemic industrial action all the way from farmers bringing their herds into supermarkets to the routine and holiday-wrecking transport seizure strikes.

As the Brexit pull out begins and the once London-based EU agencies relocate to the continent, there hovers in the air the notion of a re-balancing, a French film noir occurrence in which we are transported back to those days in the 1970s and the exchange of national characteristics clicks back to its default position.

| From the This email address is being protected from spambots. You need JavaScript enabled to view it. || Tuesday 21 November 2017   |||