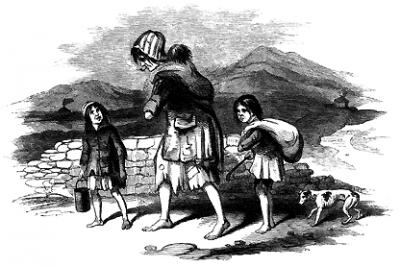 Nov 23, 2017  -  New Zealand commentators remain confused by the terms neo-liberalism and neo-conservatism which they often confuse in relation to free trade and customs unions such as the Trans Pacific scheme.

It was the conservatives, in this case the New Zealand National Government, which pushed for the original TPP scheme.

It was the liberals, in this case the Labour Party plus the Greens who were against the scheme and remain substantially so now.

The correct appropriation of these terms is curiously, and confusingly counter-intuitive.

The term neo-Liberal in fact refers to those who seek to promote free trade and in doing so abolish what they view as protectionism.

Economic liberalisation can be sheeted back to the repeal in 1846, and after the outbreak of the Irish Great Famine, of Britain’s Corn Laws. These were designed to favour British farmers at the expense of everyone else.

Neo-Liberals or “new” liberals hark back to this Repeal in their calls for fresh dismantling of protectionism in the form of customs barriers.

Neo-Conservatives, in contrast, are said to hark back to the heyday of the protectionist era in order to support home producers.

This definition is further confused however by some commentators confusing trade neo Conservatives with the national security version often abbreviated to Neo-cons.

These are the onetime time defence “doves” who have become “hawks” or in US parlance have been “mugged by reality” and thus demonstrate the fervour of those who have only recently been converted to a cause.

This confusion has allowed the New Zealand Labour-led coalition to drive down the middle of the TPP customs union issue thus preserving the loyalty of its two wings – the Liberal one and the less Liberal one--- the conservatives in their own coalition ranks..

So happily cemented in on what promised to be a deeply divisive issue are its Green faction members (liberals), and also the New Zealand First contingent.(conservatives.)

Evidence of this confusion centred on the language of free trade was obvious in first reports that the original TPP scheme had been vetoed by one of the signatory nations.

It was reported that this must be an Asian nation.

This was most unlikely because it is the Asian nations, the manufacturing nations, which have most to gain from such a customs union.

In the event it was Canada which had stalled the original scheme, and to all intents and purposes bailed out of it.

Canada has a Liberal government and an ultra liberal (small l) premier in the form of Justin Trudeau to add further to this labeling confusion.

It has its immense resources sector and highly protected agribusiness all balanced by an engine block manufacturing sector..

The Canada misapprehension illustrates the general confusion over the TPP customs union.scheme

The Canada incident underlines the linguistic confusion over the TPP scheme that exists in the minds of both participants and commentators.

Luck is the raw material of politics and all these barely comprehended but high-minded cross purposes have allowed New Zealand’s new Labour-led coalition to successfully weave its way through the prickly TPP issue and satisfy all its wings that it is doing the right thing.

Many traders believe that it is.

They know that the real problem is not contained in formal tariff listings or their absence.

But it is in things like sudden non-official protectionism in the form of localised regulations, often to protect specific local producers.

Such as barriers attributed to health and safety precautions, for example

A still greater problem they know is in getting paid.

Being copied and tender submission costs are additional problems beyond the general tariff book.

More in this category: « France and Britain Exchanged National Characters in EU Epoch as French Picked up Passion for Dogs, Strikes, Holidays Pike River Coal Mine Now More Dangerous than it was before it was Abandoned »
back to top
Nov 11, 2018