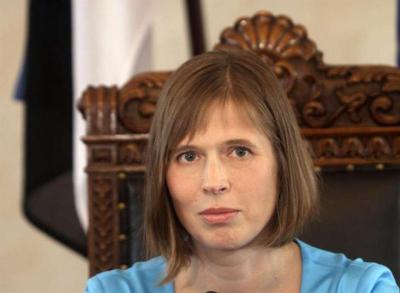 This is far reaching in terms of the Tolkien tales because of the three dimensional value of tourist attractions in the form of story destinations and theme parks.

Forgotten now is how close a left-wing inspired labour bust-up threatened to eliminate New Zealand as the production site of the second and last film version of the Tolkien series..

Also forgotten now is the way in which AOL Time Warner which underwrote the Tolkien wide screen project appeared to have an alternate site in mind.

In the event New Zealand premier John Key saw the danger of what was going on and personally intervened until the disruption was settled.

The country mentioned at this time as an alternative was Estonia which under its president Kersti Kaljulaid (pictured) has accelerated its development as an international film production country.

It’s strongest attraction is a cost of doing business much less than anything New Zealand can offer.

This is especially applies to things like accommodation rent in which New Zealand’s costs are notably high.

Estonia has mirrored many of the ways in which New Zealand encourages cinematography, notably in its Film Commission approach.

Estonia also offers extensive tax incentives to film makers which is something that New Zealand is now politically in no position to offer.

Film, especially the fantasy variety, is by definition ephemeral and this is why economic planners continue to view the Tolkien film renditions as the basis for downstream developments in things like broader application special effects and computer games.

Time is running out however with the Amazon studios television version pending and in the television rights there is a huge cross-over marketing through the involvement of News Corporation which owns publisher Harper Collins.

Amazon itself owns the point of view newspaper the Washington Post.

Nothing lasts for ever.

But there are signs that New Zealand’s grip on the publicly-perceived Tolkien franchise now confronts on its mountain top ominous, and very dark and threatening clouds.

| From the This email address is being protected from spambots. You need JavaScript enabled to view it. ||  Tuesday 12 December 2017   |||