NZ co-operative ships first batch of tamarillo pulp to US 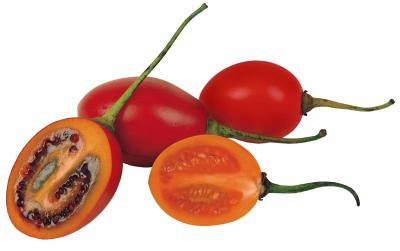 FreshPlaza - Sep 13, 2017  |  What is expected to be the first of many shipments of tamarillo pulp has left Whangarei en route to a US-based food producer and distributor.

Serious Foodie sells online, through farmers' markets and is distributed into gourmet supermarkets and stores across the US and Canada.

More shipments will follow with the pulp from tamarillos grown in the North by the five orchards in the NZ Tamarillo Co-operative processed into pulp and vinegar concentrate here and then sent to the US in bulk.

Maungatapere based co-operative director/manager Robin Nitschke said he and other members of the Tamarillo Co-operative had been working on the deal for two and a half years and are delighted to have reached another milestone.

The co-operative was established three years ago to have more influence at the beginning of the supply chain by channelling all fruit through one merchant and to provide more choices to add value to the fruit at the end of the supply chain.

"So it is rewarding to finally achieve this milestone," Mr Nitschke said. "The importer tells me that feedback on our tamarillo products from customers in the States is very encouraging, with the potential for rapid growth into the specialty food sector".

Mr Nitschke said that after gaining recognition last year as finalists in the Artisan Food Awards, supermarkets, specialty food outlets and food service companies have been stocking the co-operative's products.