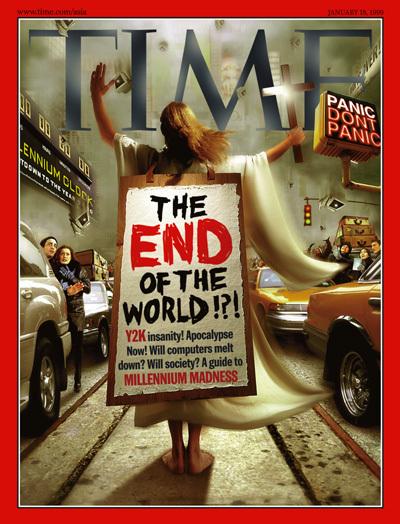 #6 - The millennialist panic was that all the world’s computer programming would freeze up as 1999 turned into 2000. This it was said would cause aeroplanes to fall out of the sky, and utilities such as electricity to switch off thus crippling transactions everywhere. This was based on a short-cut in the then tiresome business of writing programmes which had caused programmers simply to cut everything off at the end of the last century.The position nowNobody bothered to investigate non standard but widely used computer systems such as the Pick one which had actually expired by this time, yet continued to operate perfectly well beyond its nominal expiry date