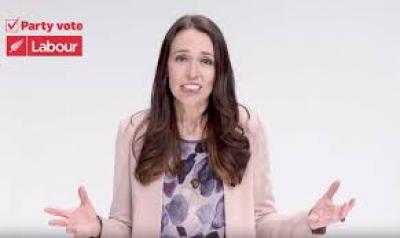 Farmers, tourism operators and everyone else better hope the Government doesn't have another bad political month wrote This email address is being protected from spambots. You need JavaScript enabled to view it. in the NZHerald earlier today.

It's now clear Jacinda Ardern's announcement in April to end new oil and gas exploration was made in the context of the constant political crises that came her way through March.

The ban was not Labour Party policy and was ruled out during the election campaign.

It wasn't in the Labour-NZ First coalition agreement, which was about supporting regional New Zealand. Nor did it appear in the Labour-Green confidence and supply agreement, which promised to de-politicise climate change policy by establishing a new independent Climate Change Commission and have all legislation subject to a climate-impact analysis.

Strictly speaking, the move was not even Government policy, having not been considered by Cabinet or analysed by officials.

The industry was left unawares until the night before the announcement, made ahead of Ardern's town hall meeting with millennials in London.

The only economic and environmental advice the Government received on the proposal were brief memos in late February and early March.

Economically, ministers were told the industry was responsible for 8481 jobs nationally, 5941 of them in Taranaki. Discovering even a small new gas field would create 199 new jobs and add $160 million to regional GDP. A large one would boost jobs by 1163 and GDP by $1.4 billion.

On the environmental side, ministers were told the policy would most likely increase global greenhouse emissions, prevent domestic emissions from falling should more gas be found, and risk dirty coal replacing cleaner gas when existing reserves run out in seven years.

Precisely because this initial advice showed the proposal to be economically and environmentally vandalous is the most plausible explanation for why ministers decided to seek no more.

Instead, Ardern, Winston Peters and James Shaw worked on the proposal in their capacities as leaders of the Labour, NZ First and Green parties — and thus helpfully outside the scope of the Official Information Act and the prying eyes of officials, the industry, the media and the public.

Officials were only asked for titbits. Energy Minister Megan Woods queried which other countries had stopped oil and gas exploration. The only possible answer was France, which relies mainly on nuclear power and imports 99 per cent of its oil and gas needs.

Having excluded Treasury, the Ministry for Business, Innovation and Employment (MBIE) and the Ministry for the Environment (MfE) from the process, the Greens also insisted their new Climate Change Commission wouldn't be the right body to consider the policy either.

Shaw has previously revealed he received no written advice at all on the ban's short, medium or long-term effects on either New Zealand or global greenhouse emissions. He says he was told verbally by MfE that the policy would "prevent emissions from oil and gas rising any further than they would anyway if all known reserves of oil and gas are burnt".

No one asked what would happen if New Zealand oil and gas was substituted by foreign oil or coal.

Could there be a more cavalier and shameful way for a Government to behave when making decisions affecting 8481 jobs, billions of dollars of exports and which it had been advised would most likely increase greenhouse emissions and thus worsen climate change?

The reason for the urgency is suggested by its context. After Labour's mishandling of the sexual assault allegations at its summer camp, Winston Peters' inexplicable stance on the Russian chemical weapons attack in the UK, Phil Twyford's comical Pt Chevalier KiwiBuild announcement, and the scandal involving Clare Curran and RNZ, Ardern was desperate for something — anything — to reassure her core supporters.

Governments can, of course, make any decisions they like. We should encourage them to be bold and they are under no obligation to accept bureaucratic advice.

It is made worse, for this columnist, by the Government's lie that the policy was well signalled with the industry and publicly.

It suggests a Government that already appears as arrogant, dishonest, cynical and lacking in transparency as any before it.

The one saving grace is Ardern's reassurance this is not how other decisions will be made.

Let's hope that proves more reliable than her reassurance to the exploration industry prior to the election, and that she doesn't decide to turn on your industry the next time she runs into a patch of bad media coverage.

- This email address is being protected from spambots. You need JavaScript enabled to view it. is the managing director of PR and lobbying firm Exceltium.

More in this category: « New Housing and Urban Development Ministry Forestry improvements for the Emissions Trading Scheme »
back to top
Nov 12, 2018