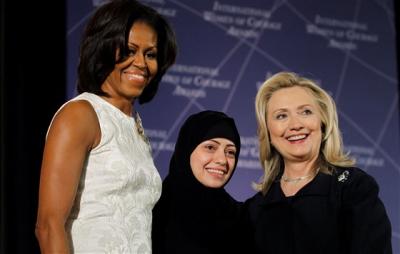 Saudi Arabia’s liquidation of its Canadian assets, cancellation of flights between the two countries and orders to any of its citizens hospitalised there to get out immediately is further proof of the New Zealand government’s dangerous and ideologically driven gullibility in becoming increasingly dependent on Saudi oil.

The unexpected ban on oil and gas development ramrodded through the New Zealand Parliament this year was designed to internationally portray New Zealand in the purest light possible.

The Canadian experience indicates that far from positioning New Zealand to be viewed as being in a state of virtue, the ban in contrast renders it much more likely to stay mute about the violent and vicious caprices of Saudi Arabia’s rulers, most notably those centred on human rights for women.

The ban on oil and gas development and the corresponding sinking lid will accelerate this.

The Canadian spat started when a government minister tweeted over Saudi Arabia’s brutality in imprisoning a prominent womens rights advocate Samar Badawi who at various times has been welcomed by Michelle Obama and Hillary Clinton (pictured.).

In the event Canada has its own oil and imports Saudi crude as a fill-in while exporting its own.New Zealand has no such buffers. While the Saudi asset liquidation and oil cut off is awkward for Canada in teerms of re-jigging its markets, something like this would introduce inescapable obstacles for New Zealand.

The Saudis are often described as the only family with a seat the United Nations.

The impression is that they run the country.

They do. But in alliance with the Wahabbi sect of Sunni islam.The Saudi family must constantly accommodate the Wahhabi clerics, their governing partners, and this is what is behind the current crackdown on human rights, and which embarrassingly for the West centres on the most sensitive of these which is womens rights.

In the welter of figures emanating from various sources, it seems likely that New Zealand is responsible for a fraction of one percent of gases and somewhere between 0.2 and 0.5 percent.These are mostly ascribed to farm animals.

Not generally understood in the zealous frenzy though is that the greenhouse gas total includes water vapour, a major contributing factor in a geothermal nations such as New Zealand.

Several of New Zealand’s competitors in the emission stakes are exporting their emissions to other countries.

Germany is an example because it brings in much of its oil and gas from Russia.

Again New Zealand is in no position to let other countries pick up its emissions tab, if only because it is too far away.

The implications of the Saudia Arabia public lesson to Canada to the effect that it had better keep quiet about the Saudi regime has escaped attention in New Zealand.

This is because the mainstream media is forced to accept the Green – Greenpeace and thus the coalition government’s verdict on emissions.

Also because of the way in which the participation of the Wahabbi sect in the running of the Desert Kingdom is constantly smoothed over and especially so by the United States, determined to demonstrate that the Saudi family runs it alone.

The clamp down and reprisals on Justin Trudeau’s Canada, in its way with an even more altruistic posture than New Zealand’s, has presented the Labour coalition government with a lesson that it is determined to ignore.

The lesson is that of wilfully surrendering energy independence.