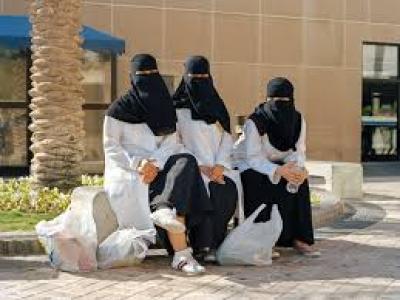 The abandonment by the Saudi royal family of the scheme to float internationally its Aramco petroleum business removes all external restraints on the desert nation’s application of Sharia law in which women in judicial terms are treated as harshly as males.

The story goes back to 1980 and the Death of a Princess a British television dramatised reconstruction about Princess Misha'al, and her lover both publicly executed for adultery.

The facts, chillingly enough in themselves, were never disputed.

But the dramatized reconstruction gave many western governments, by now under the threat of trade reprisals, the opportunity of banning its exhibition.

Memories were still fresh at this time of the 1970s oil shocks instigated by the Saudi-led OPEC and which sent many small economies into a tail spins.

There the situation rested.

One in which even the most progressive of western governments kept their heads firmly in the sands.

This Saudi spring came to a peak this year with a substantial advertising campaign in which the Saudi government deluged British television and newspapers in advertorial demonstrating how progressive the nation was in terms of its womenfolk.

Spring turned to autumn, if not winter.

Knowing that the White House, by now a determined propaganda ally of Saudi Arabia, would at the very least keep out of the clash, Saudi Arabia launched a reprisal.

The reprisal was fine-tuned for Canada a nation self sufficient in commodities.

As the world’s biggest arms importer, it threatened though the Commonwealth nation’s standard-bearing burgeoning aviation/avionics sector.

It was now that the decision was made to cancel the Aramco launch and to do so conclusively.

The Saudis had by now anyway a picture of the value of their petrobusiness and in the adviser feeding frenzy in the run-up to the fabled flotation this scoping was more than happily contributed for free.

With the cement drying on its new alliance with the White House any stock exchange flotation would have had to have been in New York.

As everyone always knew this was impossible because of post 9/11 legislation which would have frozen the outcome, if not of the IPO itself.

Keeping Aramco in the family means that the Sauds retain in their dynastic hands the instrument of their fantastic elasticity plays in the 1970s.

This is the cat and mouse procedure in which the oil price harmonises with the extent of the demand and with indications of a decline in this demand.

For instance in the 1970s era an indication of alternative sources of supply from outside OPEC would be met with a drop in cartel price.

This would have the effect of wrecking the alternate supply investment by dropping the price to the point at which there would be no economic grounds for investing in it in the first place.

Then, as the alternatives melted away, so the price would rise again to meet the new shortage. And so on.....

Now the same playbook has opened again. But this time the cat-and-mouse game has an ideologically slanted chess board..

Northern Europe has turned to Russia to supply its energy via pipeline.

This pacifies its progressive parliamentary components and at the same time makes a virtue of a necessity.

The necessity is that the skills required to build the atomic power stations of the 1960s have now been allowed to wither away, and that they can only be built with outside assistance.

From the Chinese for example.

Meanwhile, and much to the Saudi advantage, a pervasive self-preserving self-censorship imposed since the Death of a Princess affair further seals any dissenting lips in Western governments.

More in this category: « This High Country Runs on Rails, Bells, and Festivals Autonomous Passenger Vehicle Goes Operational and we conduct Road Test »
back to top
Nov 11, 2018