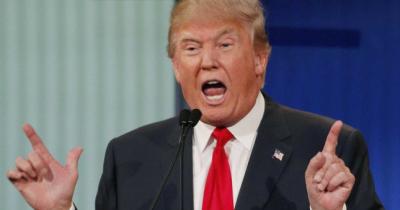 New Zealand Party’s forecast based on own pre-election analysis

New Zealand’s ACT Party predicts without qualification that Donald Trump will be the next president of the United States. The political party’s newsletter Free Press states flatly that “Clinton is bombing out.”

The party simultaneously forecasts that the “fallout” from Mr Trump’s election “will be like Brexit.” It will be “terrifying the day before and unnoticed the day after.”

The party’s Trump prediction is based on its own pre-election soundings in the lead up to New Zealand’s own general elections. The party does not amplify this demographic or statistical analysis.

But their prediction is taken to be a comparative one based on a broadly similar anglo-saxon English speaking and ethnic mix.

ACT New Zealand is a free market political party in New Zealand founded in 1993 by Roger Douglas the former finance minister generally credited with converting the economy from a regulated command one to its current enterprise status.

In spite of its Trump prediction the party is pessimistic about his actual effect and value of Trump in office. The party it says has long watched “neophyte” MPs and Ministers,” no matter how successful in their previous lives”, get thoroughly “gazumped” by bureaucrats with "30-40 years’" experience in their area.

This bureaucratic inertia quotient is cited as the reason the party believes that the Trump presidency will in the event be a “fizzer.”. .

More in this category: « Genetics and the vote John Key Fades Away-– a Market Trader Quits his Position at The Top »
back to top
Jul 31, 2018