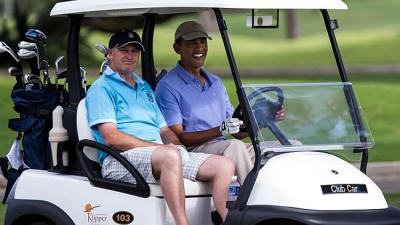 In the end his trader’s instinct told him that the market for John Key futures had reached its zenith and that it was thus time to quit the position.

It was John Key’s good luck to take up New Zealand’s portfolio of prime minister at the precise time that a baby-boomer backbone electorate tired of an extended doctrinal politics and instead required the stability needed to catapult them into an easy retirement.

John Key anticipated by a decade the dismay with professional politicians that is so evident today and he now brought to the job a solid earlier life as an international investment banker.

In the most effective National Party style he was also an outsider who inserted himself onto the inside track of the nation’s natural party of government.

From an everyday working class background his aw shucks everyman manner plus matching quizzical grin and horrible New Zealand accent were all genuine.

He brought to his decade at the top the professional banker’s ability to take his successes with equanimity and similarly his pratfalls.

His centrist instincts made him reluctant to introduce a capital gains tax to cool down the domestic property market. Similarly his businessman background meant he was reluctant to cap immigration which he saw as a priority for economic growth rather than petrol on the fire of the nation’s perennial property Klondike.

He was the first New Zealand leader to get on buddy terms with a United States president and nobody doubts that more golf games will soon be launched from his and similarly retiring president Obama’s Hawaii holiday homes.

The blots on his  premiership are mostly made up of the bizarre.

There was the case of the Auckland café meeting photo-op in which coalition boondoggling was revealed by a hidden tape recorder lurking unseen near the tea pot. This incident then became compounded when enforcement authorities ostentatiously went after the tapes,

There was the Dot Com affair in which a North European IT entrepreneur was allowed to settle in New Zealand with a view to gingering up the digital scene, only to become the subject of a US extradition warrant.

The subsequent and continuing series of events presented and continues to present a Keystone Kops style of unwitting entertainment to the nation at large.

Then there was John Key’s personal campaign to change the flag. This was the most bizarre of all because it was so obviously bungled in that Mr Key was unable to advance any clear reason why there should be a flag change in the first place.

Such as, for example, the near universal confusion over the look-alike Australian and New Zealand flags.

Not all his positive efforts fell into the public spotlight.

His deft hand on his exclusive right to dispense patronage was one such example. His ability to conceal what he really thought, notably in dealing with only semi-informed questioners, was another.

More in this category: « ACT Predicts Trump Victory Bill English will be confirmed as New Zealand Premier. »
back to top
Oct 30, 2018